Erdoğan to hold meeting with Trump May 16-17 in US 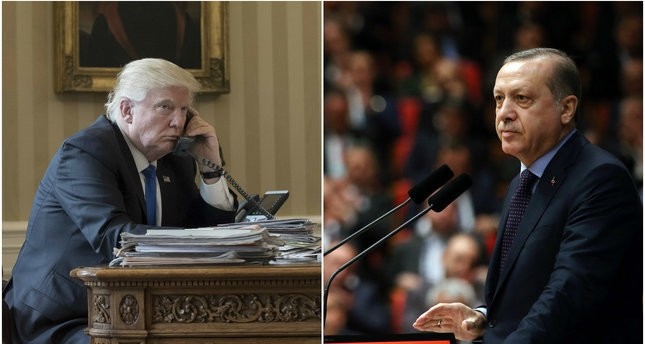 President Recep Tayyip Erdoğan said on Thursday he will meet with U.S. President Donald Trump on May 16-17 in the U.S.

Speaking to ANews channel, Erdoğan said the meeting will lay the foundation of a strong cooperation between Turkey and the U.S.

He said that he believes that Trump will do what Obama failed to do and extradite the leader of the Gülenist Terror Group (FETÖ), Fetullah Gülen to Turkey.

Syria cooperation and the extradition of Fetullah Gülen are expected to be the top bilateral issues.

Foreign Minister Mevlüt Çavuşoğlu confirmed earlier that the two leaders will meet in May prior to the NATO Summit and that he was in contact with his American counterpart Rex Tillerson to determine the date.

The two leaders held a phone conversation on Monday as Trump called Erdoğan to congratulate him on the referendum results which paved the way for a switch to the presidential system in Turkey.