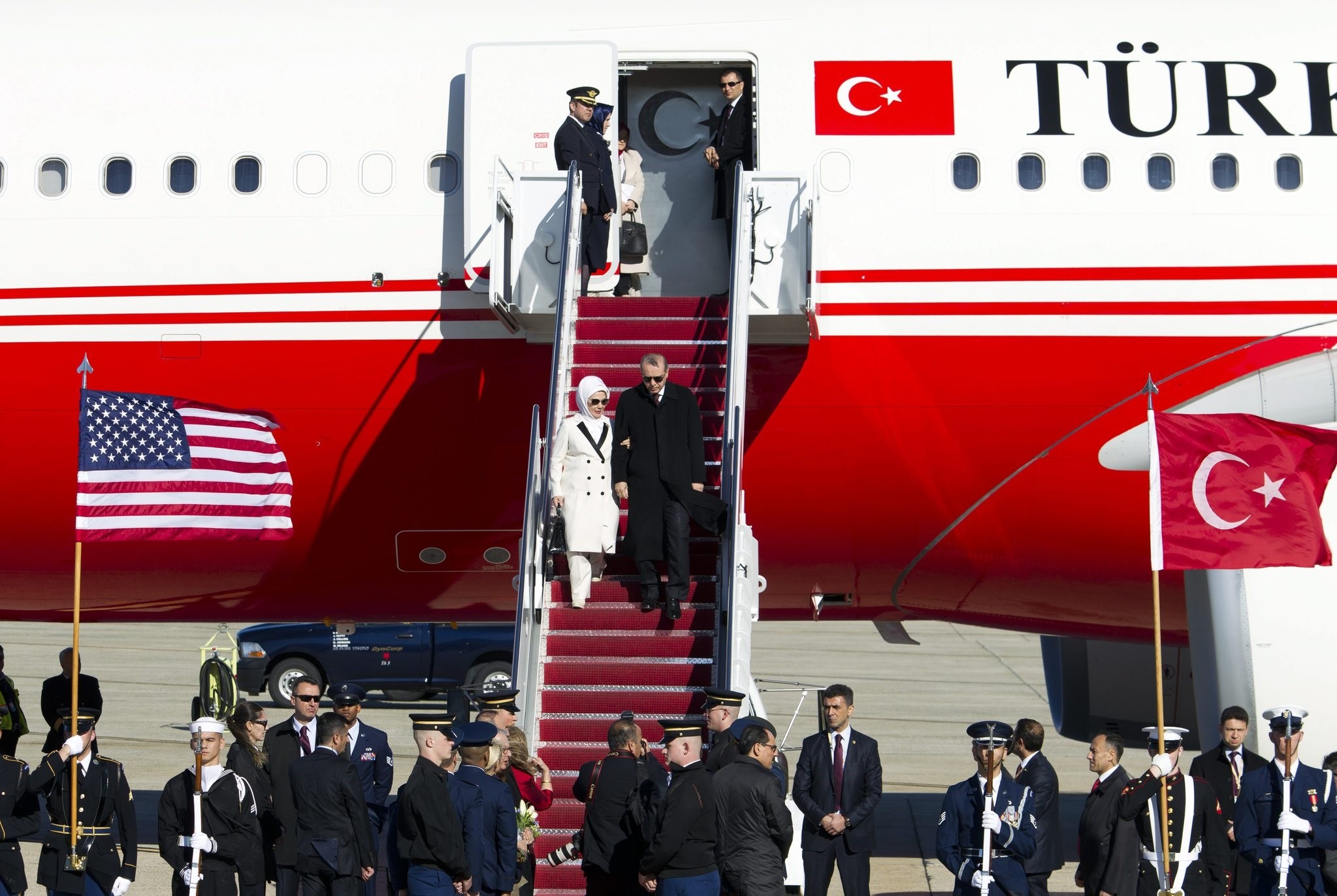 President Recep Tayyip Erdoğan is expected to meet U.S. President Donald Trump on Tuesday, at 12:30 p.m. at the White House, according to a Turkish draft schedule for the visit.

Trump will host a welcoming ceremony for President Erdoğan, and the two leaders will meet briefly at the Oval Office and are expected to pose for cameras prior to the meting. Trump will also host a luncheon for the Turkish President at the Cabinet Room, for the Turkish delegation and other senior American officials.

Erdoğan and Trump will discuss the issues surrounding Syria, especially the U.S.' decision to directly arm terror organization PKK's Syrian affiliate the People's Protection Units (YPG), and the extradition dossier of Pennsylvania-based radical cleric Fethullah Gülen, who is accused of masterminding the failed coup in Turkey with his network of followers.

It was not immediately clear whether the two leaders would host a press conference on Tuesday.

After his meetings at the White House, Erdoğan will meet a group of think-tankers, and regional experts. He will also come together with CEO's of leading American companies, and the head of investment funds to discuss investment opportunities in Turkey.

Erdoğan will stay at the Blair House on Monday night, as Trump's guest. The Blair House is a guest residence for White House official visitors. He is expected to leave Washington on Tuesday night.