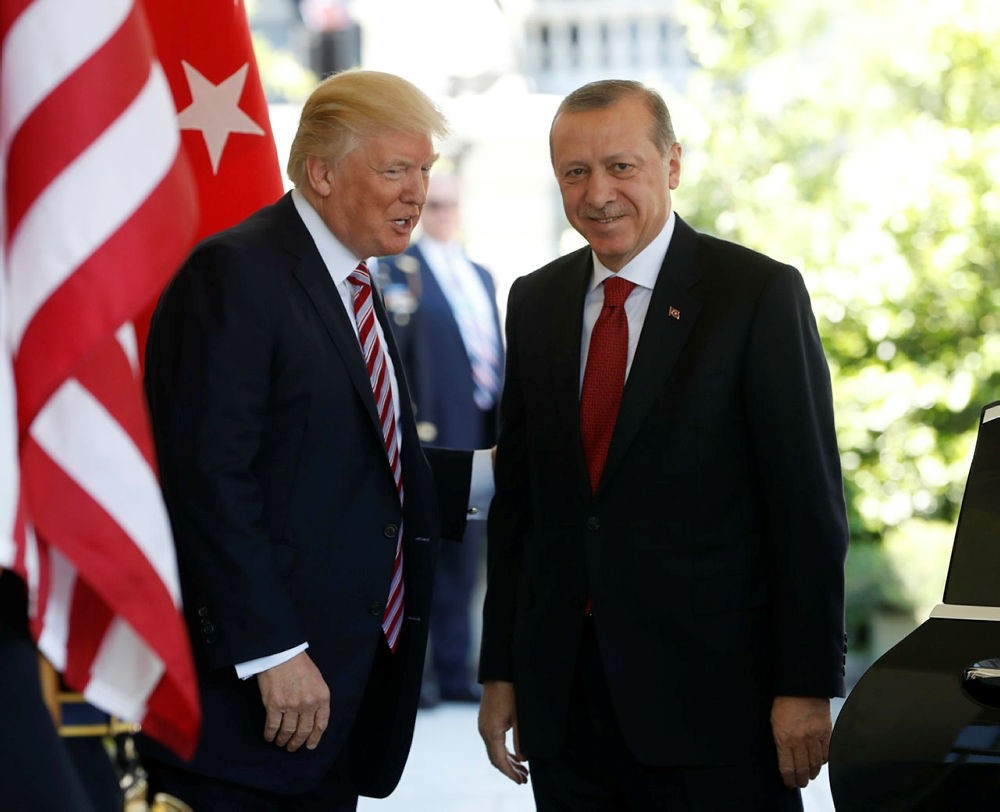 The U.S. President Donald Trump greeted President Recep Tayyip Erdoğan at the White House on Tuesday where the two leaders had a face-to-face meeting to discuss several issues, including the Pentagon's plan to arm the PKK-affiliated Democratic Union Party's (PYD) armed wing, the People's Protection Units (YPG) and the extradition process of Fetullah Gülen, the leader of Gülenist Terror Group (FETÖ).

Trump welcomes Erdoğan to the White House prior to their long-awaited meeting https://t.co/qFVY6112i5 pic.twitter.com/ZVQXvt2MCo

Addressing reporters shortly after their short one-to-one meeting, Erdoğan said Turkey is determined to expand its ties with the U.S. and that he hopes the visit will lay a new foundation for relations between the two countries.

"It is absolutely unacceptable to take the YPG-PYD into consideration as partners in the region, and it's going against a global agreement we reached," Erdoğan said.

"We are committed to fighting all kinds of terrorism, without any discrimination whatsoever, that impose a clear and present threat upon our future."

The U.S.' military support to the YPG was among the top issues on the table during the two leaders' first meeting. The U.S. has provided military and arms support to the Syrian Democratic Forces (SDF), which is predominantly led by the YPG.

President Erdoğan conveyed Ankara's concerns about this sensitive issue to the U.S. president, particularly since the YPG is considered a terror organization by Turkey and is a national security threat along its southern border with Syria.

Erdoğan also said he communicated Turkey's expectations on cooperation with the U.S. in the fight against FETÖ and the extradition of Fetullah Gülen.

Ankara has previously said that the U.S. is delaying the extradition process due to political motivations, despite Turkey providing boxes of evidence that links Gülen to last year's July 15 coup attempt.

Trump said it was a "great honor" to welcome Erdoğan and that he "look(ed) forward to having a long and productive discussion."

Trump said the U.S. always had good relations with Turkey and now it will be better and even "unbeatable."

"The fight against Daesh and the PKK were discussed in detail as well as the steps to be against the FETÖ terror group."

The range of topics focused onduring the meeting also included the recent developments in Syria and Iraq, Kalın said.