No deal on Raqqa, but open to work with US in other areas, Erdoğan tells Washington audience 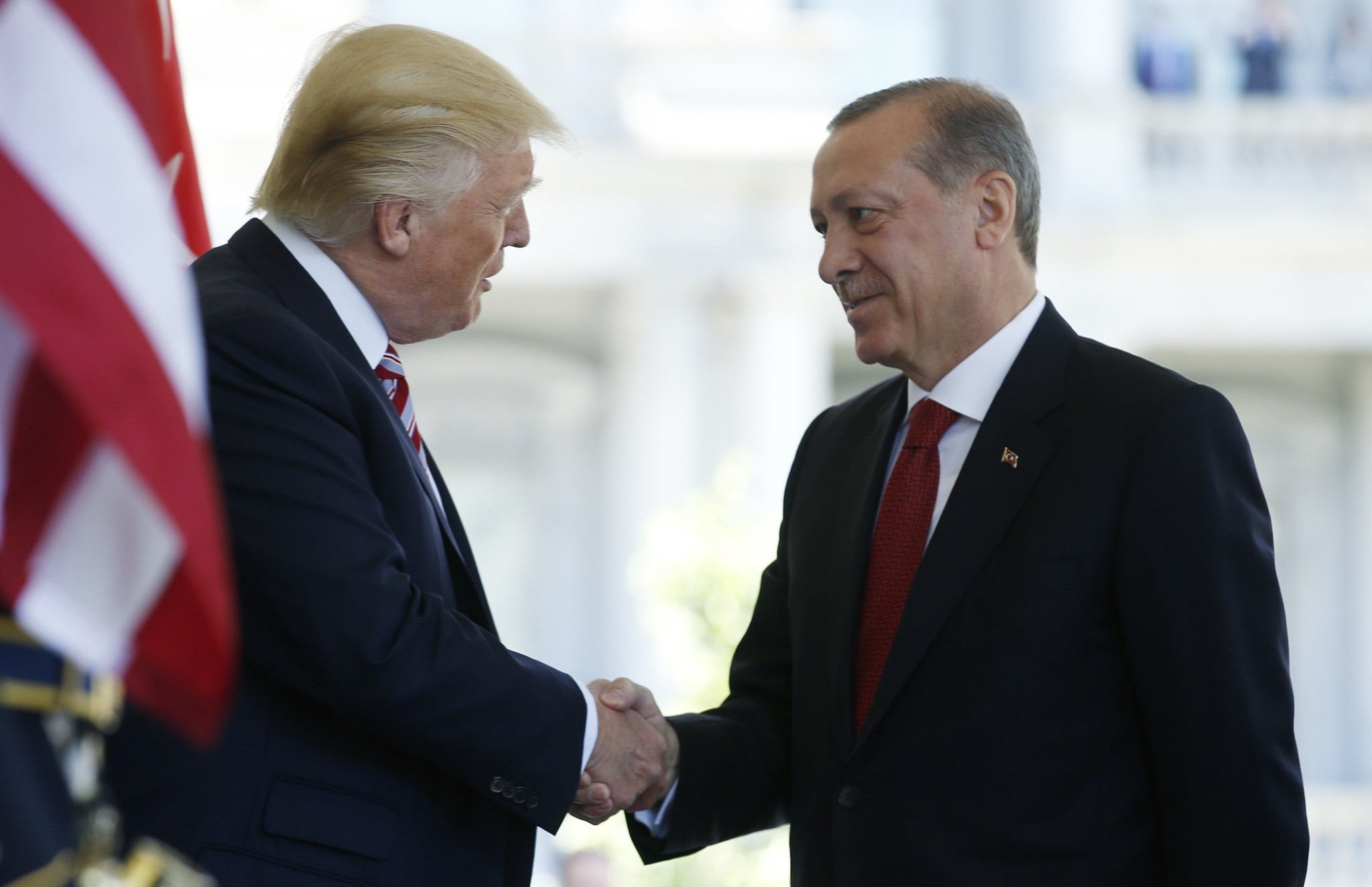 US President Donald Trump welcomes President Recep Tayyip Erdou011fan as he arrives for meetings at the White House in Washington, DC, May 16, 2017. (REUTERS Photo)
by Ragıp Soylu May 17, 2017 12:00 am
President Recep Tayyip Erdoğan told a group of think-tanks in Washington on Tuesday that Turkey and the U.S. could not reach a deal on the upcoming Raqqa operation, but both countries were open to working together on other bilateral issues, according to three separate sources who were present at the meeting.

Erdoğan, hosted by Washington-based think-tanks SETA DC and the Atlantic Council, gave an impression that both administrations are willing to work together in the coming days. Erdoğan and Trump's public comments exuded hope, and Trump even said he hoped that bilateral relations between the two countries would be "unbeatable."

Erdoğan said in the think-tank meeting that the Turkish military would hit YPG elements in northern Syria based on Turkey's rule of engagements. A senior Turkish delegation who visited Washington last week also conveyed this message to American officials, with many reports suggesting that Turkey expects the U.S. to prevent the YPG from operating at a distance of 30 km from the Turkish border. Erdoğan also said during the meeting that American officials showed a willingness to work with Turkey on other military operations in the region, without elaborating.

Previously, Turkey presented alternative plans to liberate Raqqa from Daesh, but the Pentagon believes the YPG-allied Syrian Democratic Forces (SDF) are the best option to do the job.

Asked about Turkey's decision to buy a S-400 missile defense system from Russia, Erdoğan said both countries had reached an agreement on the issue, and only signatures were needed to seal the deal.

One participant criticized President Erdoğan for purchasing a Russian system as Turkey is a NATO ally and could buy similar systems from the U.S. Erdoğan's response to the critique was newsworthy. According to one source, he said that Turkey had tried to purchase similar weapons from the U.S. in previous years but the U.S. Congress had blocked the sales.

A White House readout on Erdoğan's official visit said that the two leaders discussed how to further strengthen the deep and diverse relationship between two countries. "President Trump reiterated the commitment of the United States to the security of our NATO ally Turkey and the need to work together to confront terrorism in all its forms," the readout said.
Last Update: May 17, 2017 6:04 pm
RELATED TOPICS