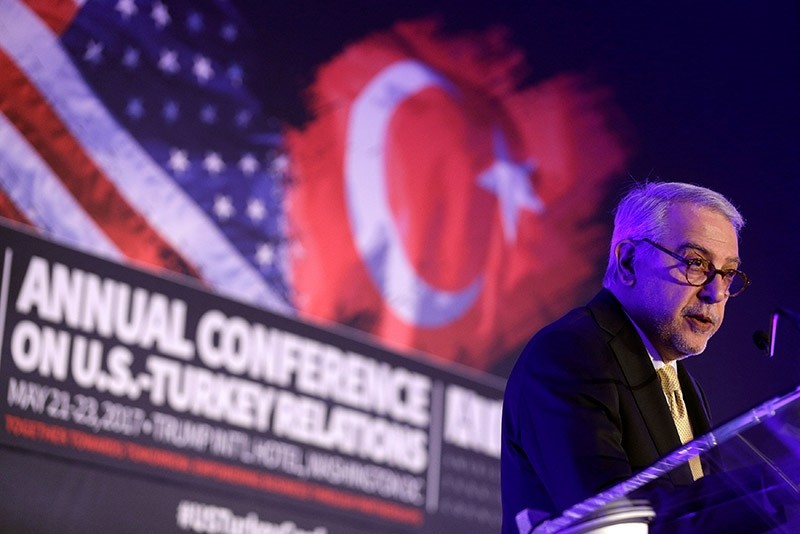 The right to assembly should not put the security of foreign dignitaries at risk, Turkey's ambassador to the U.S. said in an opinion piece Wednesday, in reference to the incident involving pro-PKK terrorist group protesters outside the Ambassador's Residence building in Washington during President Recep Tayyip Erdoğan's visit.

In the article published on USA Today, Ambassador Serdar Kılıç noted that the incident, which took place on May 16, could have been prevented through more effective management by U.S. authorities and that the footage published on social media did not correctly show what actually happened.

"The initial accounting revealed that rival groups of demonstrators had clashed in front of the residence on Sheridan Circle. Yet the video footage later released on social networks did not show this clash" Kılıç said, adding that the story told by some media outlets was based on the manipulative video.

The ambassador noted that the group of Turkish Americans and PKK protesters clashed after the latter started throwing objects at the former.

"These incidents would never have happened if the demonstrators, following their initial violent behavior and provocation, were taken to the other side of Sheridan Circle — also a public space where First Amendment rights could be exercised — ensuring enough security distance between the two demonstrating groups and the president's security" Kılıç said.

The ambassador highlighted that the right to freely assemble should not compromise the safety of foreign dignitaries, especially if they are from countries like Turkey, which are threatened by terrorism.

Turkey protested the handling of the incident and delivered a written and verbal protest to U.S. Ambassador John Bass due to the "aggressive and unprofessional" actions of U.S. security personnel toward the close protection team of Foreign Minister Mevlüt Çavuşoğlu, breaching diplomatic rules and practices.