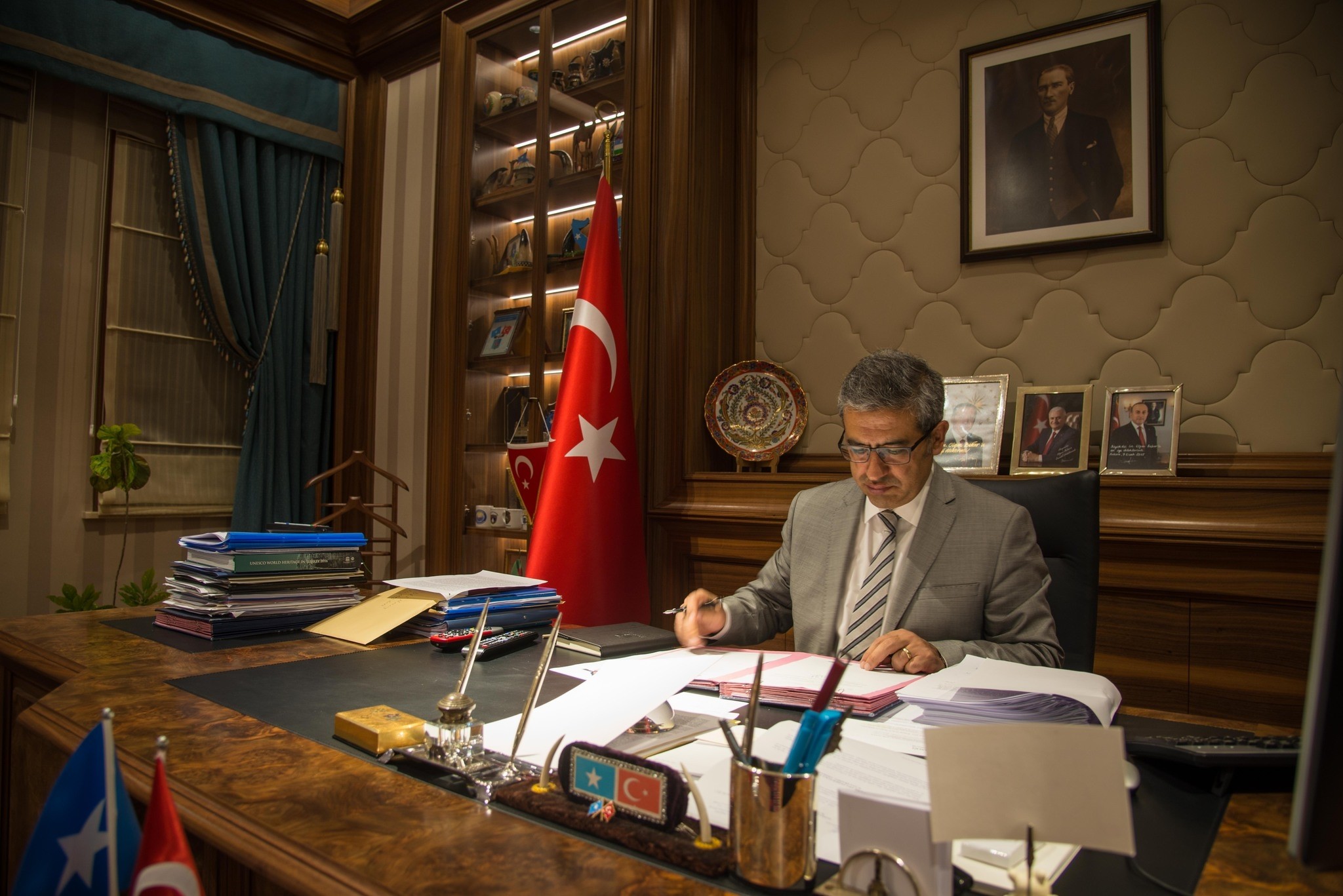 Ambassador Bekar said that Turkey has made a difference in Somali with its development and infrastructure projects and that Somalis appreciate it.
by Yunus Paksoy May 25, 2017 12:00 am

As a country that has long been helping Somalia to heal its wounds and develop, Turkey's activities are not limited to delivering basic humanitarian needs, but also putting forward development and infrastructure projects and investments in the areas of education and health to accommadate the country's self-reliance, the Turkish Ambassador says

Turkey has been helping to heal the wounds of the people of Somalia for years, spending hundreds of millions of dollars on humanitarian aid, infrastructure projects, schools, hospitals and in every other possible way.

Turkey's Ambassador to Somalia Olgan Bekar talked to Daily Sabah during an exclusive interview about Ankara's projects and future plans for Somalia and the current atmosphere in the country. 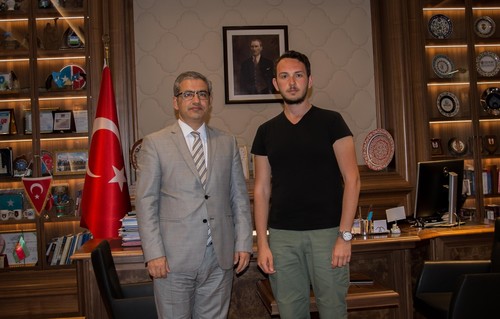 The ambassador, who has been in office in the Somali capital Mogadishu since October 2014, explained the reason behind Turkey's presence and wide-ranging activities in the country.

"Turkey is here to put an end to the years of suffering endured by the people of Somalia. People used to ask us why we were here and what national interests we had in 2011 when we first arrived, but they understood the reasons in time," he said.

Stressing that Turkey's activities are not limited to delivering basic humanitarian needs, Bekar said that Ankara has put forward development and infrastructure projects and investments in the areas of education and health. "Taking all these into consideration, we are looking to turn life back to normal in a country where the state vanished years ago. We made a difference in the past six years, and the Somalis appreciate it," he asserted.

Bekar is proud to be the Turkish ambassador to Somalia. Calling the Somali mission "a success story in Turkish foreign politics," the ambassador said, "Somali brothers and sisters wholeheartedly appreciate what Turkey does for them." Explaining what has changed in Somalia since Turkey started its initiative six years ago, Bekar said that the capital city has seemingly returned to life, telling Daily Sabah: "This is why we operate here. There is a striking difference compared to 2011," adding that the real difference Ankara has made has been with activities that are not limited to distributing bread or flour but erecting street lamps and building roads.

Ankara's new African policy does not seem to have only short term plans. Bekar talked about Turkey's middle and long-term plans for the continent, in particular for Somalia. "We aim to enhance our network bilaterally in a way that is mutually beneficial for both sides. We have never envisaged a one-sided relationship [with Somalia]. It is significant for both sides to improve economic and political relations," Bekar said, adding that the two countries are headed in this direction.

Turkey's military base in Somalia

The ambassador discussed Turkey's military training base being built in Mogadishu as well. Underscoring that the base will only train Somali soldiers, Bekar said that Ankara plans to help the Somalis reclaim authority and restore order in the country.

"The state was abolished and is being re-built for the time being. The most important step is the process of restructuring security institutions. One needs to create a secure environment. The solution lies in the Somali security forces' ability to reclaim responsibility," Bekar said, explaining the reasons for training Somali troops.

Bekar told Daily Sabah that Ankara has helped the Somali military to a great extent. "The latest example is the training base. The Turkish military will offer three types of training: for officers, noncommissioned officers and privates. These three types will be carried out simultaneously." Ankara plans to kick off the training programs in early September. "The building process at the base is nearly completed," Bekar said, adding that around 300 Turkish military officers will arrive in Somalia in August, nearly 200 of whom will protect the base.

The Turkish mission greatly emphasizes the military training base as trained troops will build the core of the Somali military in the mid-term. Somali soldiers will learn Turkish as well. "The Somali side is enthusiastic about this, too. They are looking forward to opening the base," he said. Regarding a question about whether the Turkish military will pull out of Somalia once training has concluded, Bekar ruled out the possibility. "It is a long-term project. Somalia's demand will continue for many years to come. It would not be appropriate to talk about five to 10 years down the road. It is not wise to consider that Somalia's need in this regard will end immediately," the ambassador said.

Ankara argues that the military training base is a sign of Turkey's confidence in Somalia. "The building of this site is encouraging for the Somali people. It displays our trust in the future of this country," he added.

Earlier in 2017, the UN declared that an unprecedented threat of famine poses a grave danger to four countries: Nigeria, Somalia, South Sudan and Yemen. The UN asked donor countries to pledge $ 4.4 billion in humanitarian aid.

However, only a small portion of the requested sum has been collected so far.

Bekar expressed doubts about how much of this money is delivered to those in need. "Criticism should be made in this regard. The purpose of the UN and institutions affiliated with the UN is to deliver humanitarian aid when needed," he said, reminding of Turkey's strategy to continue helping the needy through development projects.

"We revitalize the hope of the people of Somalia to live in this way. Unfortunately, other institutions do not have such development projects like Turkey," the ambassador contended.