Peace talks have not collapsed yet, UN Cyprus envoy says 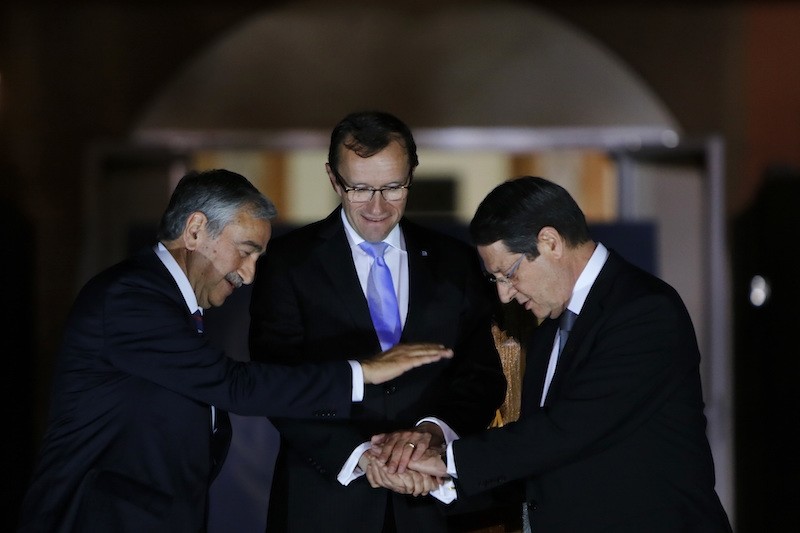 Eide stated that no meeting was scheduled for the near future, but emphasized that the parties were constantly in touch.

"A meeting of three guarantor states can only be jointly hosted by the two Cypriot parties. At the same time, Cypriot leaders should make a decision about a meeting themselves. I think it will take some time to resolve this dilemma. This is a dilemma. But it is not over yet, the talks have not collapsed," Eide said, adding that despite reaching somewhat of a dead end, diplomatic work would break the deadlock.

Eide also noted that each of the guarantor states – Turkey, Greece and the U.K. – supported the peace process.

"Turkey has supported the process since the beginning. Çavuşoğlu also confirmed that they are ready to join the Cyprus Conference in Geneva if the parties come together again without any preconditions," he said following a meeting with Turkish Foreign Minister Mevlüt Çavuşoğlu in Ankara.

"Of course, Greece and Turkey have different views, it is no secret. But both countries have told me that they do not want the process to fail, but succeed instead. In this case, we have to make the process work. This requires some intention, some flexibility, and some leadership from both the guarantors and the two Cypriot parties," Eide said.