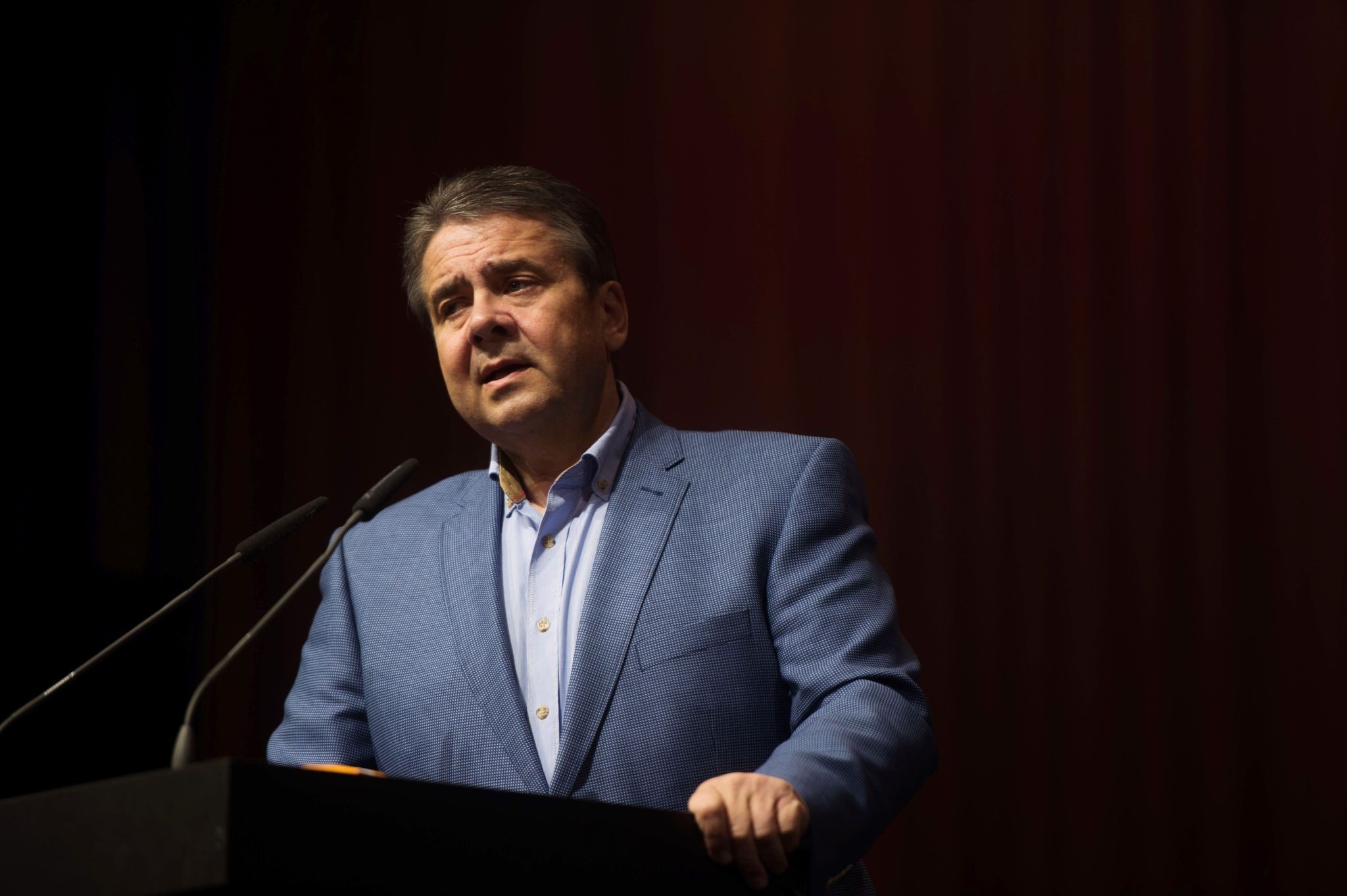 German Foreign Minister Sigmar Gabriel delivers a speech during the Protestant church day (Kirchentag) event at the City Cube in Berlin on May 26, 2017. (AFP Photo)
by Daily Sabah Jun 03, 2017 12:00 am

The German foreign minister said on Saturday that he will use his upcoming visit to Ankara to mend ties with Turkey.

"We are seeking out ways to return to normalized relations with Turkey," top diplomat Sigmar Gabriel told reporters in St. Petersburg.

Gabriel is due to travel on Monday to Ankara, where he is scheduled to meet Turkish Foreign Minister Mevlüt Çavuşoğlu.