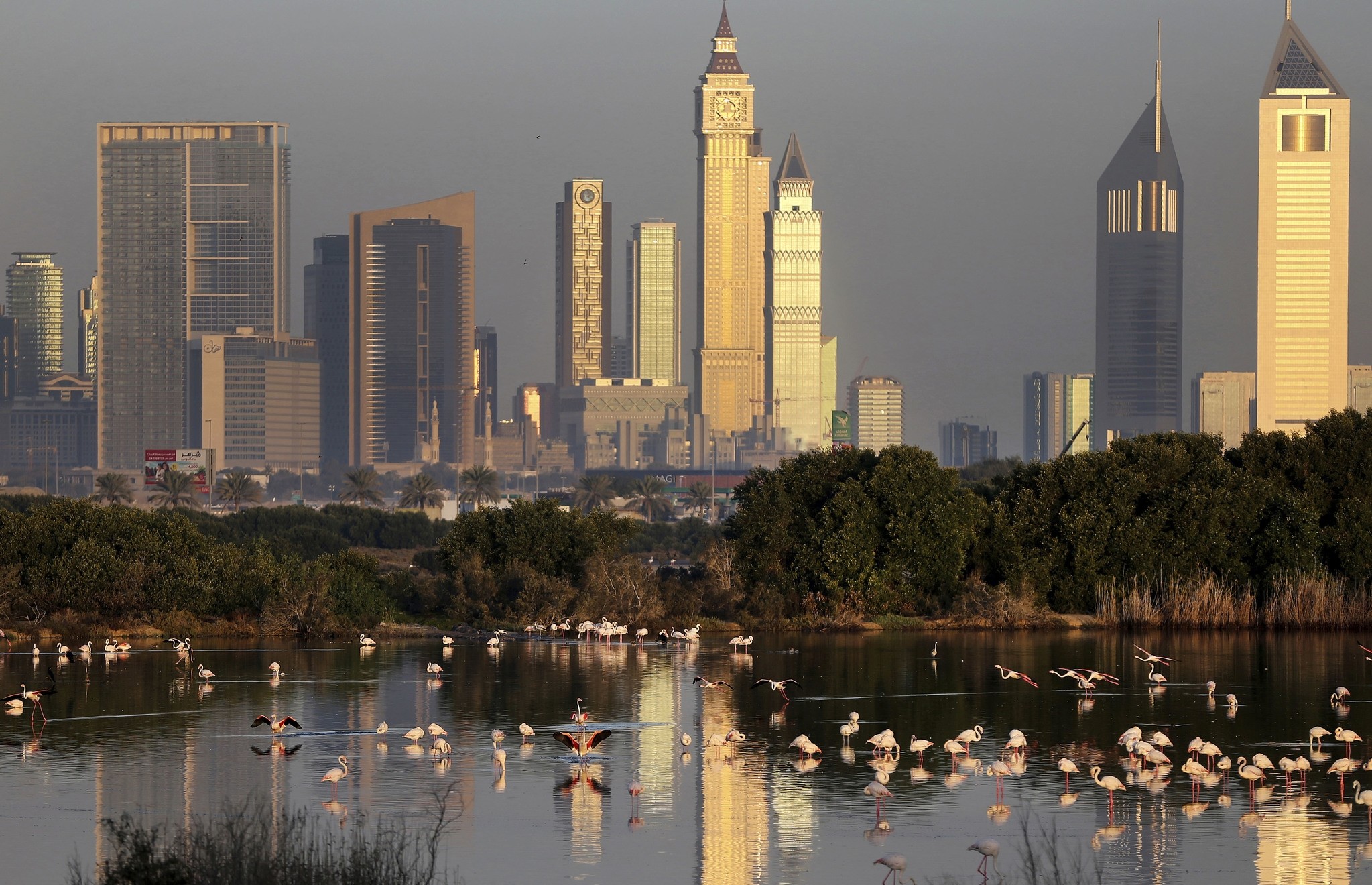 The emails allegedly stolen from the inbox of the Yousef Al- Otaiba, the United Arab Emirates' ambassador to the United States, revealed on Saturday the close relationship between al-Otaiba and a pro-Israel, neo-conservative think tank the Foundation for Defense of Democracies (FDD).

The Intercept reported that the emails were hacked and distributed by a group calling itself "GlobalLeaks" tying themselves to DCLeaks, a website that previously released Democratic National Committee emails. According to the report, the hackers used a .ru email address, associated with Russia.

The hacked emails show that Otaiba has been in frequent contact with the neo-conservative think tank FDD, which is funded by pro-Israel billionaire Sheldon Adelson, an ally of Israeli Prime Minister Benjamin Netanyahu.

In one of the emails obtained by the Intercept, FDD senior counselor John Hannah, a former deputy national security advisor to Vice President Dick Cheney, sent Otaiba an article claiming that both the UAE and FDD were responsible for the July 15 military coup attempt in Turkey, saying he is "honored to be in the UAE's company."

Hannah previously published an article on the Foreign Policy titled "How Do You Solve a Problem Like Erdoğan?", in which he suggested that the Turkish military would turn on Erdoğan to "save" Turkey.

The emails also include the proposed agenda of an upcoming meeting between the FDD and the UAE government on June 11-14, in which the attendees are set to discuss Turkey, Qatar and the Muslim Brotherhood. 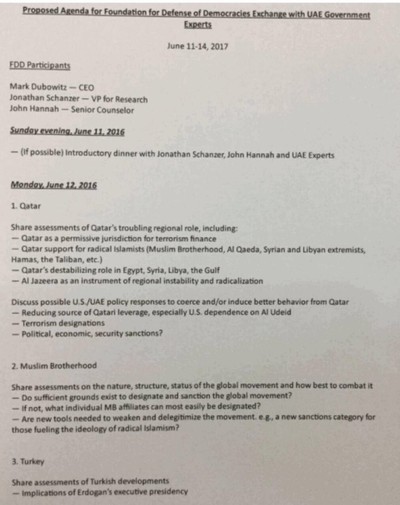 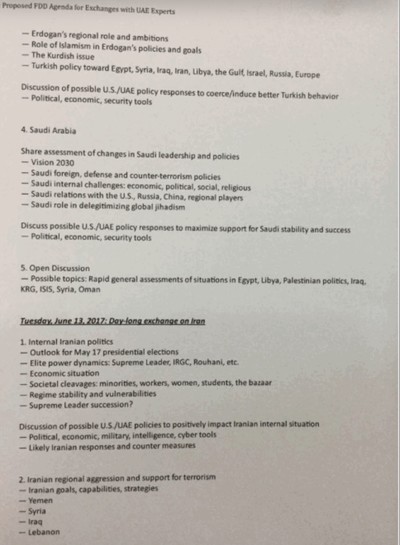 The UAE's alleged role in the coup attempt was also discussed after the coup attempt, as some media outlets claimed that prominent Palestinian politician Muhammad Dahlan, who lives in the United Arab Emirates and is an adviser to Abu Dhabi's crown prince, Sheikh Mohammed bin Zayed, allegedly transferred money to the coup plotters in Turkey just weeks before the coup attempt.

According to a piece written by David Hearst on July 29, British journalist and Middle East Eye Editor-in-Chief Dahlan is alleged to have transferred money to FETÖ putschists in the weeks before the coup attempt and even communicated with Gülen through a person close to him.

Also, after the coup attempt, Egyptian Al Ghad TV, which is owned by Dahlan, interviewed Fetullah Gülen, the leader of the Gülenist Terror Group (FETÖ) and the alleged mastermind of the coup attempt. In that interview Gülen called on Western countries to intervene in Turkey and topple President Erdoğan and the AK Party government.

In another email, Hannah tells al-Otaiba that Qatar, another Gulf state that the UAE is at odds with, is hosting the Palestinian movement Hamas at an Emirati-owned hotel.

Al-Otaiba says that it's not the Emirati government's fault, and that the real issue is the U.S. military base in Qatar, "How's this, you move the base, then we'll move the hotel :-)"

In an email sent on March 10 by FDD CEO Dubowitz to al-Otaiba and Hannah, the subject reads, "Target list of companies investing in Iran, UAE and Saudi Arabia."

"Dear, Mr. Ambassador, the attached memorandum details companies listed by country which are doing business with Iran and also have business with the UAE and Saudi Arabia. This is a target list for putting these companies to a choice, as we have discussed," the email reads.

The list consists of "non-U.S. businesses with operations in Saudi Arabia or the UAE that are looking to invest in Iran," which includes a number of major international firms, including France's Airbus and Russia's Lukoil.

Most Gulf Arab states have no official ties with Israel on the surface. Saudi and UAE media recently started a smear campaign against Qatar as a newspaper posted a story, citing what it said were Qatari ties with Israel, using an old photo of then Qatari Emir Sheikh Hamad bin Khalifa al-Thani shaking hands with late Israeli President Shimon Peres.

The leaked emails, targeting the Qatari government and Doha-based Al-Jazeera, are likely to deepen the current crisis among the Gulf Arab states.