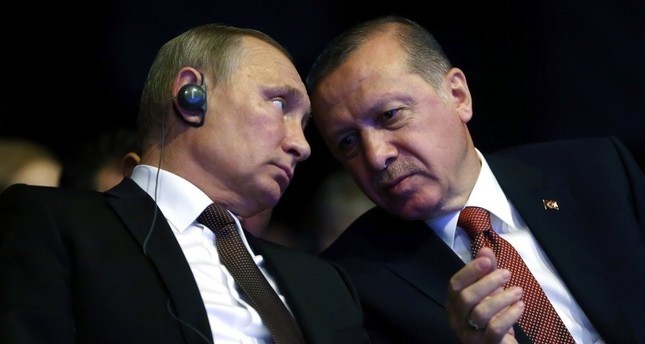 President Recep Tayyip Erdoğan held a phone call with his Russian counterpart Vladimir Putin late Monday, to discuss the diplomatic crisis in the gulf region, the Syrian crisis and the TurkStream project.

In the call, the presidents discussed the Qatar row and ways to solve it. Turkey reiterated earlier on the same day that it is willing to do its part in resolving the diplomatic rift between Arab states and Qatar. The countries in the region need to evaluate their relations on the basis of unity and solidarity rather that unfounded news and allegations, Presidential Spokesman İbrahim Kalın said in a statement.

The construction plan of the TurkStream pipeline includes two separate lines: one will provide gas exclusively to the Turkish market, and the other will supply southern and southeastern European countries.

The TurkStream pipeline is a transit-free export gas pipeline, which will not only stretch across the Black Sea from Russia to Turkey but is planned to extend as far as Turkey's borders with neighboring countries. Each of the two lines will have the throughput capacity of 15.75 billion cubic meters of gas per year.