German visit to Konya rather than Incirlik possible, Çavuşoğlu says 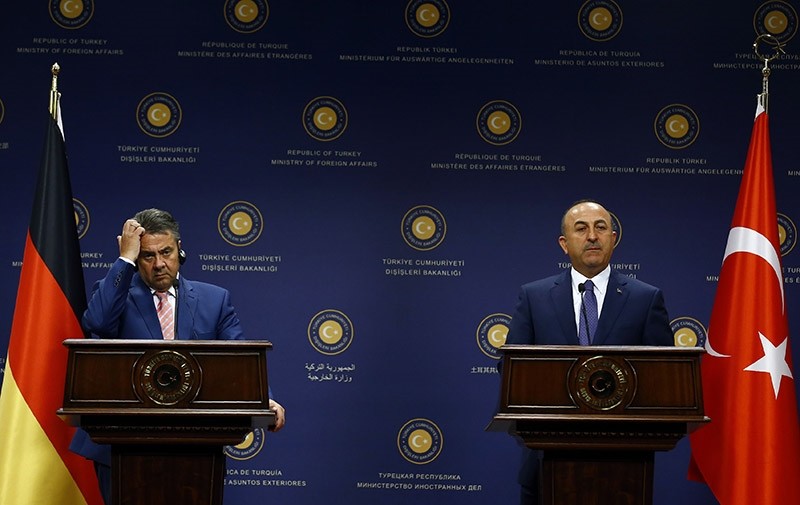 Foreign Minister Mevlüt Çavuşoğlu said Monday that the German delegation can visit Konya NATO base rather than Incirlik, as he highlighted Turkey's concern about Germany's stance regarding terrorist groups including the PKK and the Gülenist Terror Group (FETÖ) .

Speaking at a joint news conference with his German counterpart Sigmar Gabriel in Ankara, Çavuşoğlu reiterated that Turkey will maintain the ban on the visit of German lawmakers to Incirlik.

The foreign minister said that President Recep Tayyip Erdoğan and German Chancellor Angela Merkel discussed the matter during a NATO meeting in Brussels on May 24-25.

However, he noted that Turkey may authorize the German delegation's visit to Incirlik if conditions between the two countries normalize.

In response, the German foreign minister noted that Turkish-German relations are going through a "difficult phase," but there is no clear decision on moving German troops from Incirlik airbase.

Çavuşoğlu highlighted that the two ministers discussed steps necessary to be taken to improve bilateral relations.

He noted that he told his German counterpart about a number of issues Turkey is concerned about, including rising anti-Turkey sentiment in Germany and activities of terrorist groups.