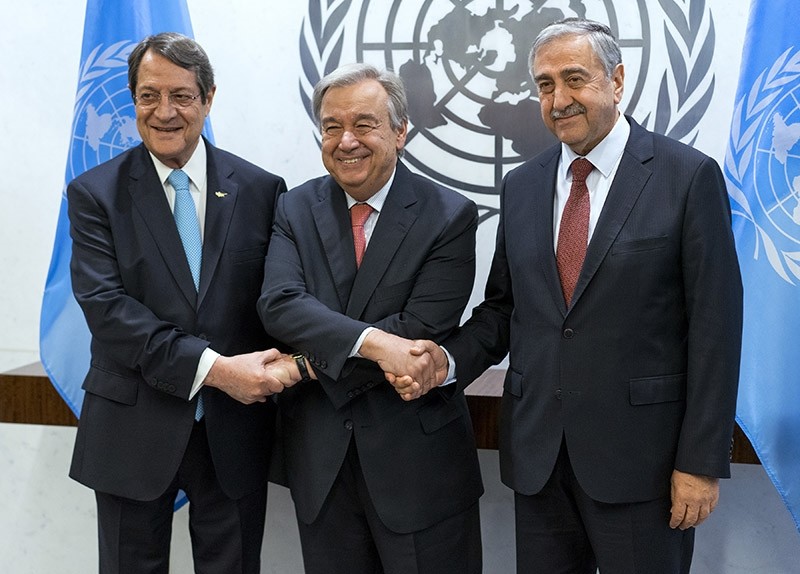 Peace talks on divided Cyprus are to resume in Geneva this month, the United Nations said on Monday, ending a stalemate on procedure which had threatened to derail two years of negotiations.

Talks between Turkish Cypriot President Mustafa Akıncı and Greek Cypriot leader Nicos Anastasiades had stalled last month in disagreement over the modalities of a conference in Geneva including Britain, Turkey and Greece and which would address security issues on a post-settlement Cyprus.

"The leaders and the Secretary-General agreed on the need to reconvene the Conference on Cyprus in June," a statement from the office of United Nations chief Antonio Guterres said.

"The Special Adviser of the Secretary-General, Mr. Espen [Barth] Eide, will engage with all the participants in the preparation of a common document to guide the discussions on security and guarantees based on the outcome of the meetings of the conference on Cyprus in Geneva and Mont Pelerin," the statement said.

In parallel, the United Nations said, the two Cypriot sides would continue discussions in Geneva on all other outstanding issues, starting with territory, property, governance and power-sharing.

"The leaders and the Secretary-General agreed that all issues will be negotiated interdependently and that nothing is agreed till everything is agreed," the United Nations said.

The next step for the U.N. ahead of the peace conference would be to "reach out to the other participants of the conference: Greece, Turkey and the United Kingdom, and the European Union as an observer," the statement added.

Prior to the meeting, Akıncı told reporters the purpose of Sunday's meeting was to "discuss the bottleneck created by the other side's persistent preconditions."

The pair met several times in Geneva last year, but their last meeting in February was fraught with controversy over a Greek Cypriot decision to introduce a commemoration of the 1950 Enosis referendum on unification with Greece.

Both sides have agreed on most of the issues in the reunification deal, but the sticking points, including a security and guarantees system, remain unresolved.