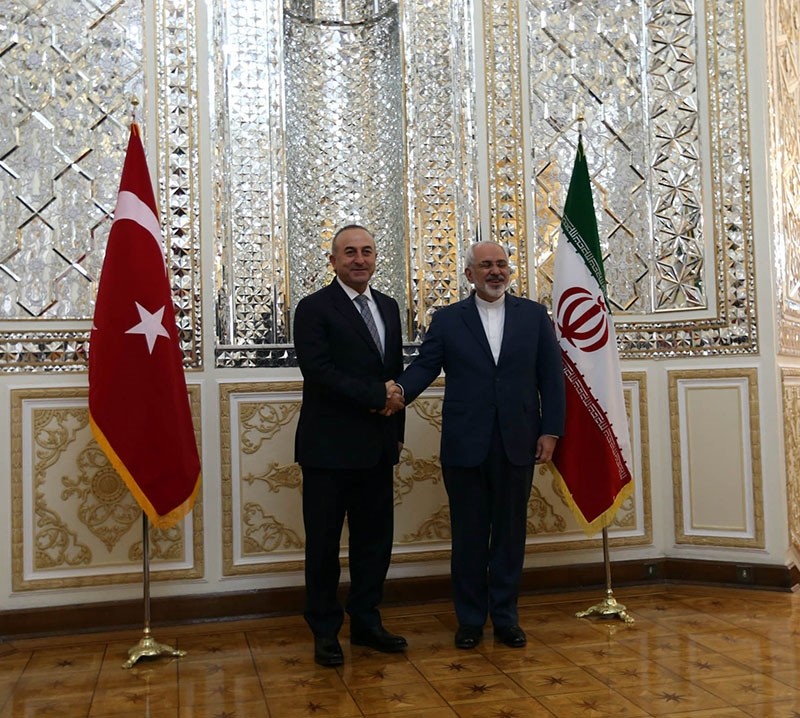 Amid the ongoing Syria crisis and latest diplomatic crisis in the gulf region, Iranian Foreign Minister Javad Zarif is scheduled to meet Turkish Foreign Minister Mevlüt Çavuşoğlu. According to information obtained from diplomatic sources, the headlining agenda of the Çavuşoğlu-Zarif meeting requested by the Iranian side includes the Syria crisis with priority on the establishment of a safe zone. In addition to the Syria matter, the two officials are to address the recently emerged Qatar row concerning which Turkey reiterated earlier that it is willing to do its part in resolving the diplomatic rift between Arab states and Qatar.

Upon his arrival in Ankara, Zarif briefly spoke to reporters in front of the hotel he will be staying during his visit. Iranian foreign minister started his words by offering his condolences to the families of those who lost their lives in Tehran attacks, noting that the attack will strengthen resolve of Iranian people against terrorism.

Zarif's visit came shortly after the deadly Daesh terror attack in Iran's capital Tehran on Wednesday, killing at least seven people. The country had also faced another deadly terror attack against its border guards by the PKK's Iranian franchise, the Party of Free Life of Kurdistan (PJAK), late last month. The PJAK's attack on Iranian soldiers on the Turkish-Iranian border killed two soldiers and wounded seven others. As Iran provides key ground forces against Daesh and other terrorist groups in Syria and Iraq, Zarif's agenda likely includes cooperation against terror and may also address possible additional cooperation with Turkey against Daesh, the PJAK, PKK and other terrorist groups, as diplomatic sources affirmed.

Last month the website of Qatar's official news agency was allegedly hacked by unknown individuals who reportedly published statements falsely attributed to the country's emir, Sheikh Tamim Bin Hamad al-Thani. The incident triggered a diplomatic row between Qatar and its neighbors, the United Arab Emirates and Saudi Arabia. As a matter of fact, the Saudi-led coalition in Yemen, Egypt, the Maldives, one of Libya's three governments and the United Arab Emirates have joined Saudi Arabia and Bahrain in cutting diplomatic ties with Qatar, adding fuel to a diplomatic dispute in the Gulf region. The Turkish Ministry of Foreign Affairs also said Monday that Turkey would do its part to help solve the diplomatic rift.

The ministry's statement further said that regional solidarity was needed now more than ever, and that Turkey's utmost wish was that members of the Gulf Cooperation Council (GCC), which plays an important role in ensuring regional peace, security and stability, could overcome their differences through dialogue. With that respect, the Iranian foreign minister's visit to Turkey is perceived as highly critical in efforts to eliminate or prevent any further disputes in the region.