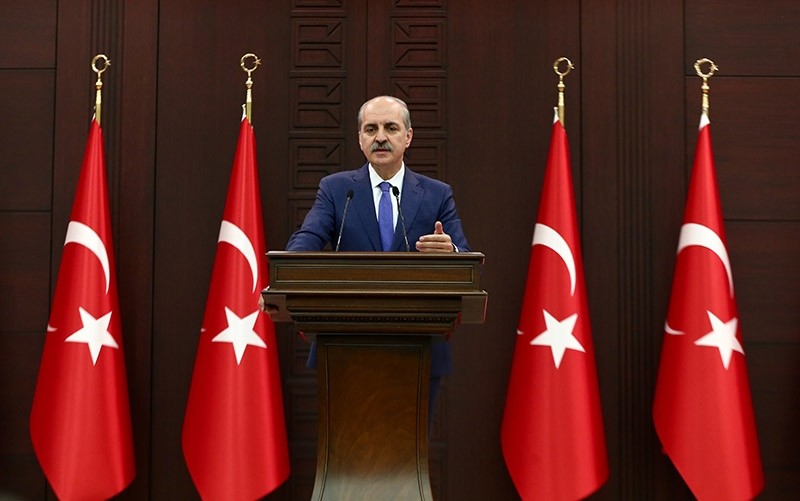 The Kurdistan Regional Government (KRG) in northern Iraq should review the decision on holding an independence referendum, Deputy Prime Minister Numan Kurtulmuş said Monday, as he highlighted the importance of preventing further tension in the region.

Speaking to reporters following a cabinet meeting in the capital, Kurtulmuş said that Turkey is in favor of preserving Iraq's territorial integrity.

"We know that holding such referendums will only boost instability" Kurtulmuş said, as he urged the KRG to review their decision.

The KRG is planning to hold an independence referendum on Sept. 25, moving ahead with a plan for full statehood that is likely to be opposed by Baghdad.

Iraq's Kurdish region, with a population of about 5 million, already enjoys a high degree of autonomy, including its own parliament and armed forces. But relations with the central government in Baghdad have nose dived in recent years over a range of issues. These include the sharing of oil revenues and the control of some areas that are technically part of federal Iraq but have come under Kurdish control since 2014 during the war against Daesh.