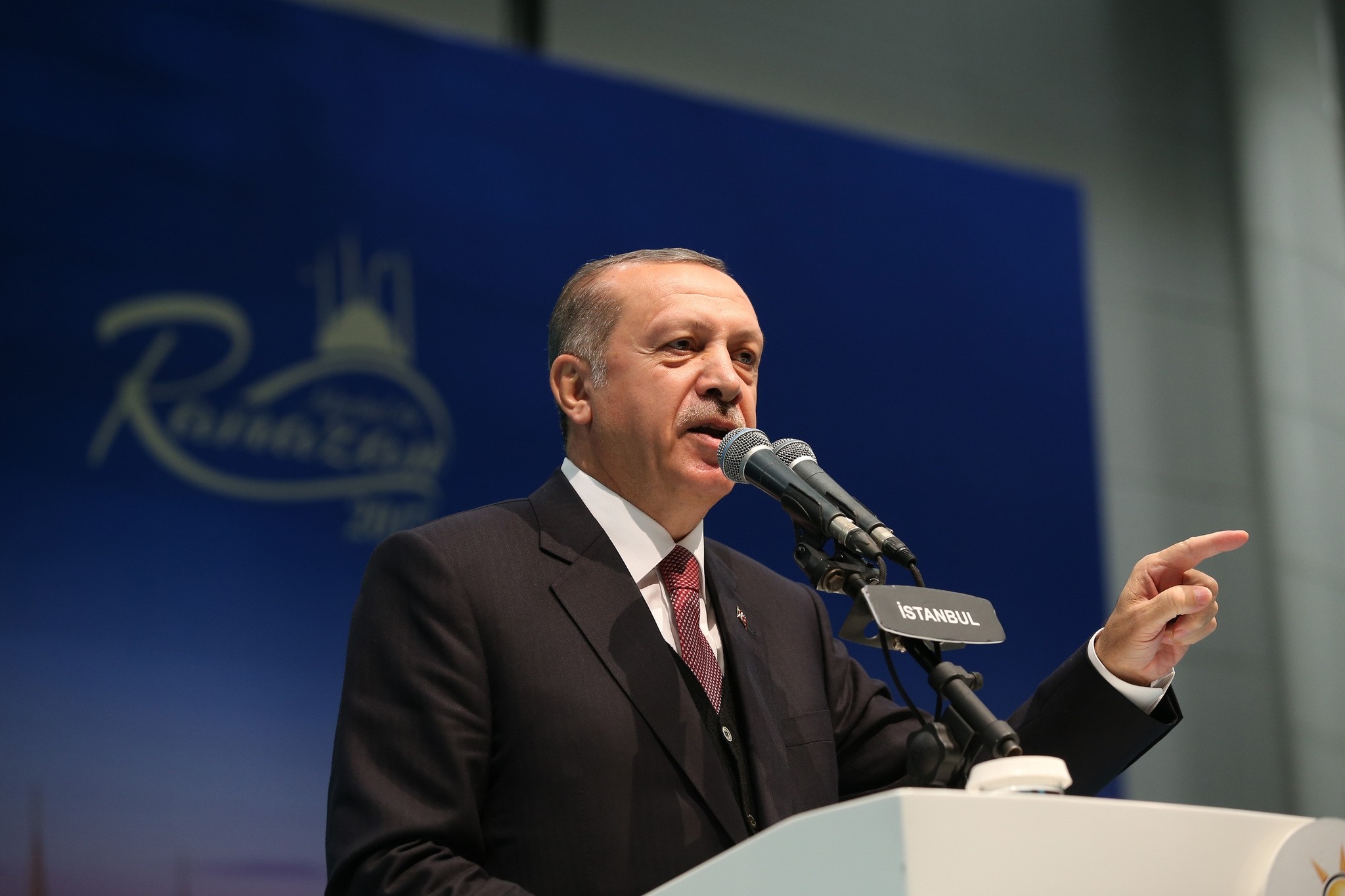 President Recep Tayyip Erdoğan, who has put forward intense diplomatic effort to solve the crisis after several Gulf states imposed an embargo on Qatar, has called on the parties to overcome the problem by the end of holy month of Ramadan

Ankara, which has carried out intense diplomatic efforts to end the recent Gulf crisis, has called on the Gulf states that have imposed an embargo on Qatar to end the blockade and find a solution to the recent crisis by the end of the holy month of Ramadan. Turkish Foreign Minister Mevlüt Çavuşoğlu said on Saturday in a joint press conference with his Bahraini counterpart Shaikh Khalid bin Ahmed bin Mohammed Al Khalifa in Istanbul that President Recep Tayyip Erdoğan told Bahrain's foreign minister that the Qatar dispute should be resolved by the end of the Islamic holy month of Ramadan.

President Erdoğan met with Bahrain's foreign minister in Istanbul on Saturday amid the ongoing diplomatic dispute between several Arab countries and Qatar. Minister Çavuşoğlu also attended the meeting that was held at the Huber Presidential Mansion. Çavuşoğlu said that Turkey would continue efforts to resolve the dispute, as Qatar faces isolation imposed by fellow Arab states over its alleged support for terrorism. Turkish Parliament last week approved legislation to allow Turkish troops to be deployed to a base in Qatar, and the legislation was ratified by Erdoğan on Wednesday.

Qatar welcomed the decision, while both Doha and Ankara asserted that the move aims to contribute to security of the entire Gulf region and is not aimed at a specific Gulf state.

Turkish Prime Minister Binalı Yıldırım also warned during his speech at a fast-breaking dinner with business figures at Istanbul's Dolmabahçe Palace that the Qatar dispute could become a global problem due to the geostrategic nature of the region if tensions rise, calling on all parties involved in the dispute to "act responsibly and work to reduce tension rather than increasing it."

Meanwhile, Çavuşoğlu also discussed the Gulf crisis and recent developments in Syria and Iraq with his U.S. counterpart, U.S. Secretary of State Rex Tillerson, in a phone call on Saturday.

Turkey and Qatar have both provided support for the Muslim Brotherhood in Egypt and backed opposition fighting to overthrow Syria's Assad.

On Friday, Secretary of State Tillerson and U.S. President Donald Trump muddled over Qatar, while Tillerson said Qatar must do more to stop support for terrorism, while adding that the crisis must not disrupt counterterrorism efforts against Daesh. "The blockade is hindering U.S. military actions in the region and the campaign against [Daesh]," Tillerson said. Breaking from Tillerson's rhetoric, Trump called Qatar a "funder of terrorism at a very high level."

Speaking in an interview with RT Arabic in Moscow after emerging from talks with Russian Foreign Minister Sergei Lavrov, Qatari Foreign Minister Sheikh Mohammed bin Abdulrahman al-Thani said Qatar has been exerting a great deal of effort in terms of the counterterrorism fight, adding that the country cooperates with the U.S. and many others. Qatar's foreign minister added that Trump's remarks on Qatar were "strange" and echoed statements made by Gulf states that have imposed the recent embargo on Qatar.

Meanwhile, Kuwaiti Foreign Minister Sheikh Sabah Khaled al-Sabah on Sunday also called for dialogue to find a solution to resolve the row between Gulf countries and Qatar. Qatar is "ready to understand the concerns of its brothers and respond to efforts aimed at enhancing security and stability," al-Sabah was quoted as saying by the official KUNA news agency, according to Anadolu Agency (AA).

Qatar, for its part, has vehemently denied the accusations, describing the moves to diplomatically isolate the country as "unjustified." Qatar vowed on Thursday to ride out the circumstances of isolation, saying it would not compromise its sovereignty over foreign policy to resolve the region's biggest diplomatic crisis in years.