Erdoğan to discuss Qatar crisis with US President Trump 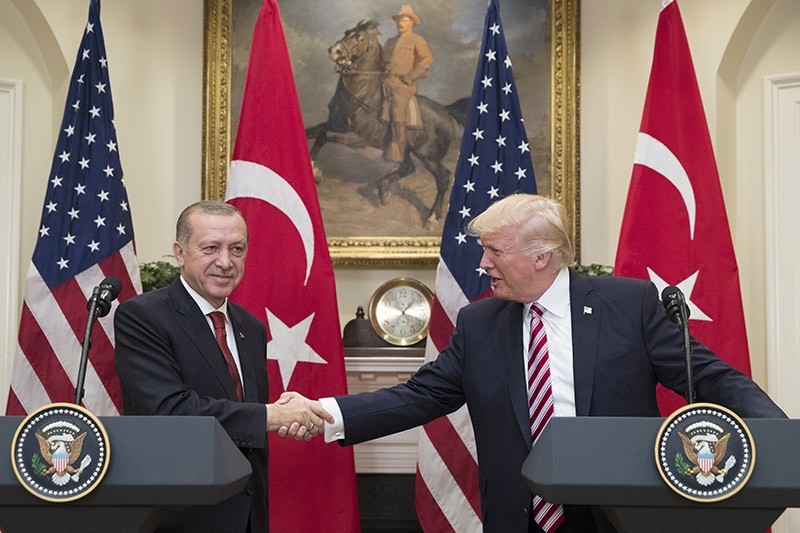 Recep Tayyip Erdou011fan (L) shakes hands with U.S. President Donald Trump in the Roosevelt Room where they issued a joint statement following their meeting at the White House in Washington, DC, USA, 16 May 2017 (EPA Photo)
by Daily Sabah Jun 13, 2017 12:00 am

Turkey has maintained good relations with Qatar as well as several of its Gulf Arab neighbors. Turkey and Qatar have both provided support for the Muslim Brotherhood in Egypt and backed the opposition fighting to overthrow Syria's Bashar Assad.

Although the U.S. State Department called for de-escalation in the Qatar row, Trump has publicly backed the Arab states' sanctions against Qatar.