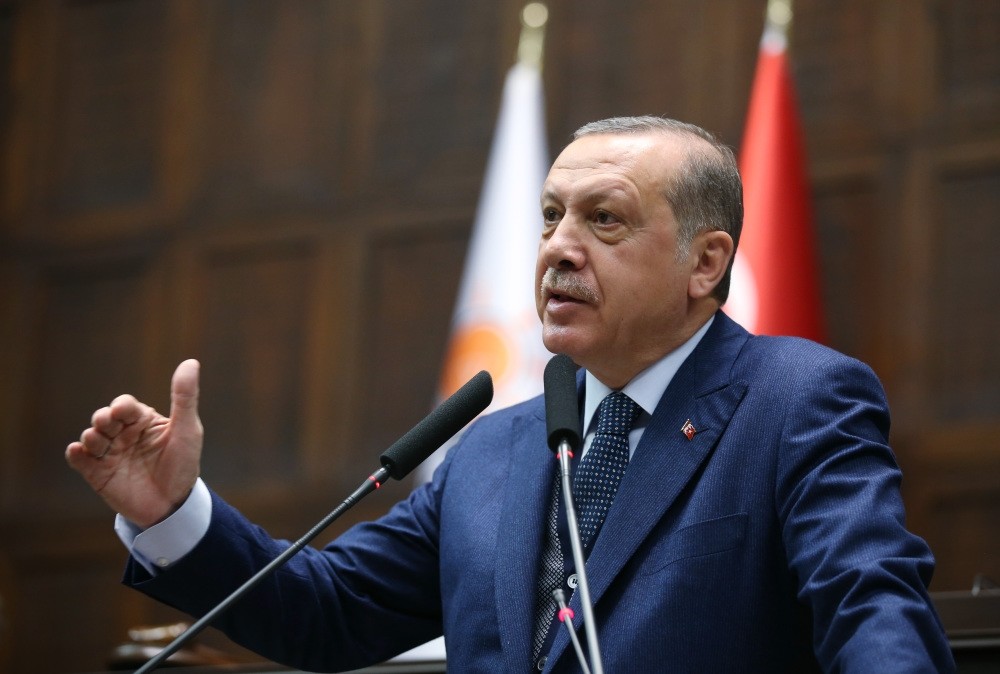 President Erdou011fan said yesterday that insistence on Northern Iraq's independence is wrong and a threat to Iraq's territorial integrity.
by Daily Sabah Jun 14, 2017 12:00 am

As part of Turkey's criticism of the KRG's planned independence vote, President Erdoğan yesterday said the move is an error that would intensify regional turmoil and threaten to Iraq's territorial integrity

Iraqi Kurdistan, with a population of about 5 million, already enjoys a high degree of autonomy with its own parliament and armed forces, the Peshmerga. However, relations with the central government in Baghdad have nosedived in recent years, over a range of issues including the sharing of oil revenues and the control of some areas that are technically part of Iraq but have come under Kurdish control since 2014 in the war against Daesh.

"In this critical period, taking such a step does not benefit anyone," President Recep Tayyip Erdoğan added. KRG President Masoud Barzani announced the decision to hold a referendum on June 7 on his official Twitter account. In addition, a tweet from Hamin Hawrami, a senior presidential advisor, said: "Big news. Kurdistan referendum for independence is on September 25, 2017."

Speaking at a press conference Monday after a Cabinet meeting, Turkish government spokesman and deputy Prime Minister Numan Kurtulmuş said that the KRG should reconsider its decision, adding that the proposed referendum would only intensify current instability.

The U.S., the U.K., Germany and the Iraqi central government have also criticized the KRG's announcement for the referendum on independence.

In a statement published on Monday, U.K. Foreign Secretary Boris Johnson said the move "will distract from the more urgent priorities of defeating Daesh, stabilizing liberated areas and addressing the long-term political issues that led to Daesh's rise."

Baghdad responded to news of the referendum in its most recent statement saying, "We reject Irbil's one-sided step towards independence."

On Friday, Iraqi government spokesman Saad al-Hadithi said that the move could not be made single-handedly.

On Thursday of last week, U.S. State Department spokeswoman Heather Nauert said that the KRG's ambitions were understood but called the issue an internal one affecting the Iraqi people, adding that the U.S. supports "a unified, stable and democratic Iraq."

Berlin also voiced its concerns over the independence vote, saying the decision could further increase tensions in Iraq.

"We can only warn against one-sided steps on this issue. The unity of Iraq is on the line," German Foreign Minister Sigmar Gabriel was quoted as saying in a Reuters report.

Neighboring Iran, which is a strong supporter of the Shiite central government in Iraq, also voiced that it opposes Irbil's decision over the weekend. "Iran's primary position is to support the territorial integrity of Iraq," Iranian Foreign Ministry spokesman Bahram Ghasemi said on Saturday, as quoted in the Agence France-Presse (AFP).