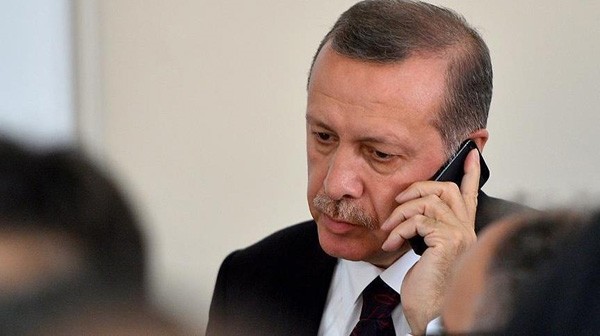 According to presidential sources, the leaders notified each other of recent diplomatic efforts pursued to resolve the crisis, and agreed that the tension needed to be defused immediately.

Leaders pointed out that the problems should be resolved through dialogue and negotiation, not through embargo, as they reaffirmed their support for the fight against terror.

Erdoğan also agreed to be in close contact with Macron and Tamim Bin Hamad Al-Thani with regard to the crisis.

A diplomatic and economic blockade by Arab states including Saudi Arabia, Egypt, the U.A.E., Bahrain and Yemen was launched against Qatar on June 5 after they accused the Gulf state of supporting terrorist groups.

Doha vigorously denies the accusations, characterizing the allegations as an "unjustified" attempt to isolate the country diplomatically. Turkey has said that it stands with Qatar against the imposed sanctions and has urged Saudi Arabia to take the lead in finding a solution to the crisis.