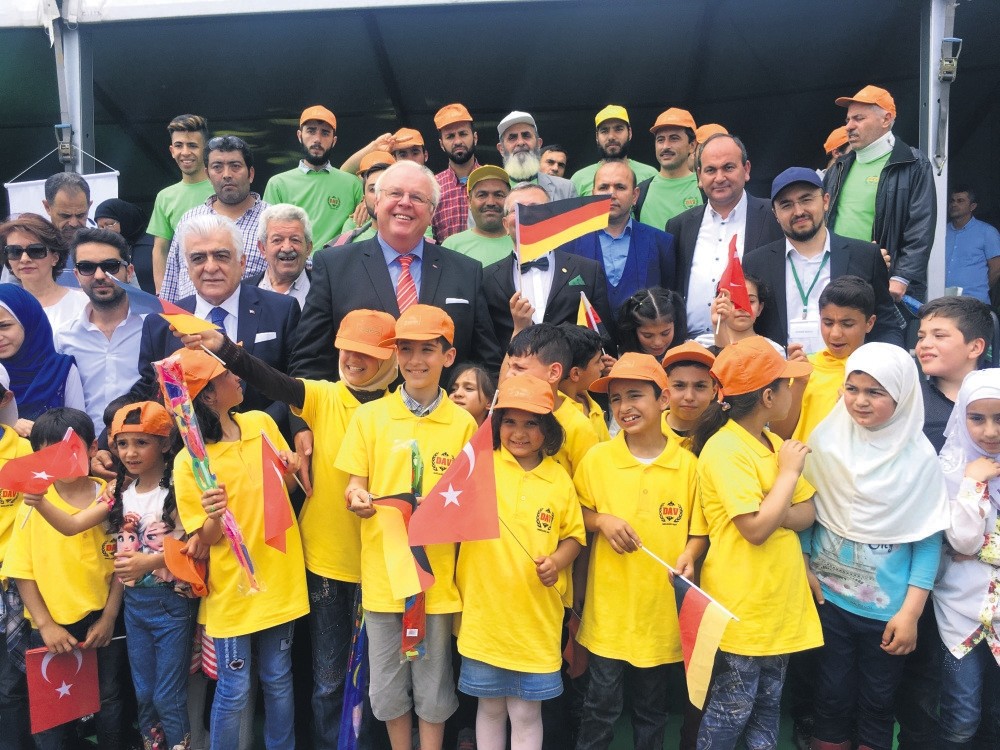 Martin Erdmann in the final ceremony of a joint tree planting project in Istanbul.
by Kaan Elbir Jun 16, 2017 12:00 am

The German ambassador to Ankara, Martin Erdmann, took part in the final ceremony of a joint tree planting project in Istanbul's Ballıca Forest on Wednesday. The project is being conducted with the motto "3 million Syrians, 3 million trees." Ambassador Erdmann spoke to Daily Sabah about the relations between Germany and Turkey during the event, saying the two countries will soon overcome recent tensions.

"German-Turkish relations are over 100 years old. There have always been difficult chapters followed by better times. German and Turkish societies are interwoven in such a way that they have become dependent on each other," said Erdmann. His statement regarding the recent months of tense relations, especially after the İncirlik Air Base controversy, points to the 3 million Turkish ethnic Germans in Germany, as well as the 4 million who have returned to Turkey. He also added, "The economy is also one of the factors," reaffirming the importance of bilateral exchange.

Regarding his visit to see imprisoned Welt journalist Deniz Yücel, Erdmann said Yücel thanked him for the broad support shown by Turkey and Germany.

"Overall, he is doing well," Erdmann said. He was able to "get an idea" about the situation in the Silivri prison, saying the conditions are, for a prison, "really very good."

Erdmann has been in Turkey since 2015 and feels very comfortable in the country. "The event today proves this yet again. I personally am very surprised by the professionalism of this planting campaign, with more than 3 million trees," said Erdmann. He was also surprised by the fact that Turkish, Syrian and German organizations are working together so efficiently. Erdmann also said he finds it great that over 1,000 Syrian refugees were provided "with bread and work" as a result of the project.

The project, sponsored by the German government and run with the cooperation of the Turkish Darülaceze Foundation, the German Association for International Cooperation (GIZ), the International Federation (IB) and the Directorate General for Forestry of the Sarıyer and Beykoz districts, aims to plant 3 million trees in Istanbul.