Erdoğan to visit Germany next month for G20 summit 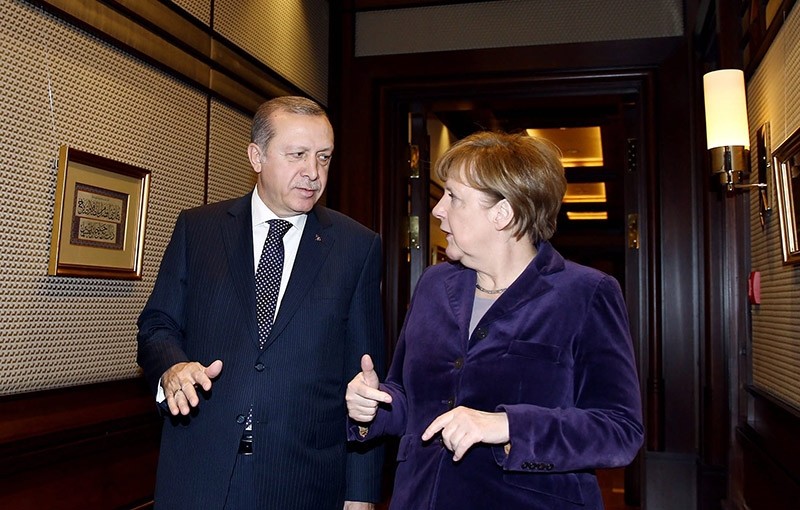 President Recep Tayyip Erdoğan will visit Germany on July 7-8 to attend the G20 summit that will be held in Hamburg, presidential sources said Monday.

The Group of Twenty, comprised of 19 countries plus the European Union, expected to discuss over several global political and economic issues during the summit.

Berlin-Ankara relations have recently been strained over several issues, including Germany's decision to withdraw its troops from the İncirlik Air Base in Turkey.

Since 2015, Germany has stationed six Tornado surveillance jets and a tanker aircraft at İncirlik, along with around 260 personnel, providing intelligence and logistics support for anti-Daesh operations. The spat between the two countries also continued over hostile statements from Berlin about Turkish politicians traveling to Germany during the April 16 referendum campaign, in Turkey, also played a role.

German Foreign Minister Sigmar Gabriel visited Ankara on June 5, where he also met with President Erdoğan, which had not produced a solution to the dispute over İncirlik.

In addition, Germany's uncooperative stance with regard to the Gülenist Terror Group (FETÖ) has also been a source of tension as the country has been a safe haven for hundreds of FETÖ members, including high-ranking NATO military officers. Ankara also has indicated their disturbance of Berlin over turning a blind eye to PKK terror group activities across Germany.

PKK sympathizers have long used Germany as a safe haven for activities, including recruitment and collecting financial support, as well as openly holding rallies in German cities, despite being an officially recognized terrorist group.