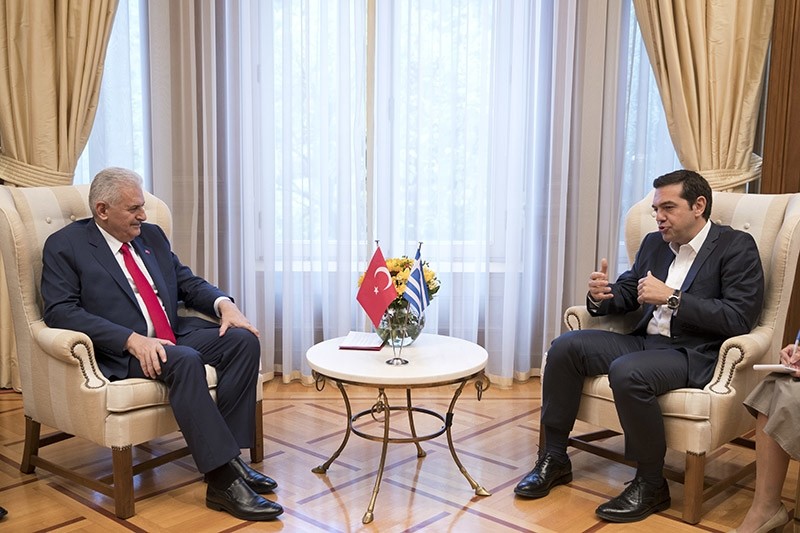 Prime Minister Binali Yıldırım met with his Greek counterpart Alexis Tsipras in Athens Monday, during which the two leaders emphasized solidarity, and mutual dialogue in solving issues in the region.

"We respect the judiciary's decision, but we do not want these putschists to strike a blow to Turkish-Greek relations," Yıldırım told reporters.

Meanwhile, Tsipras stated that it was important to solve challenges in a constructive manner, noting before the meeting that he "wished to maintain this good relationship."

Touching upon the difficulties in the region, including security along Turkey's southern borders and the violence in Syria and Iraq, Yıldırım said, "I believe that we can solve these difficulties with mutual good faith, understanding and solidarity."

Tsipras said that he believed the visit was important for both bilateral and regional developments, emphasizing that his country wished to continue on a path of good relations with Turkey.

"As good neighboring countries, we do not try to exploit each other's hardships, but have tried to help. I hope we will continue to do this," Tsipras said.

The meeting between the two PMs lasted for approximately one and a half hours.