US concerned by Turkish dealings with Russia, but won't say why 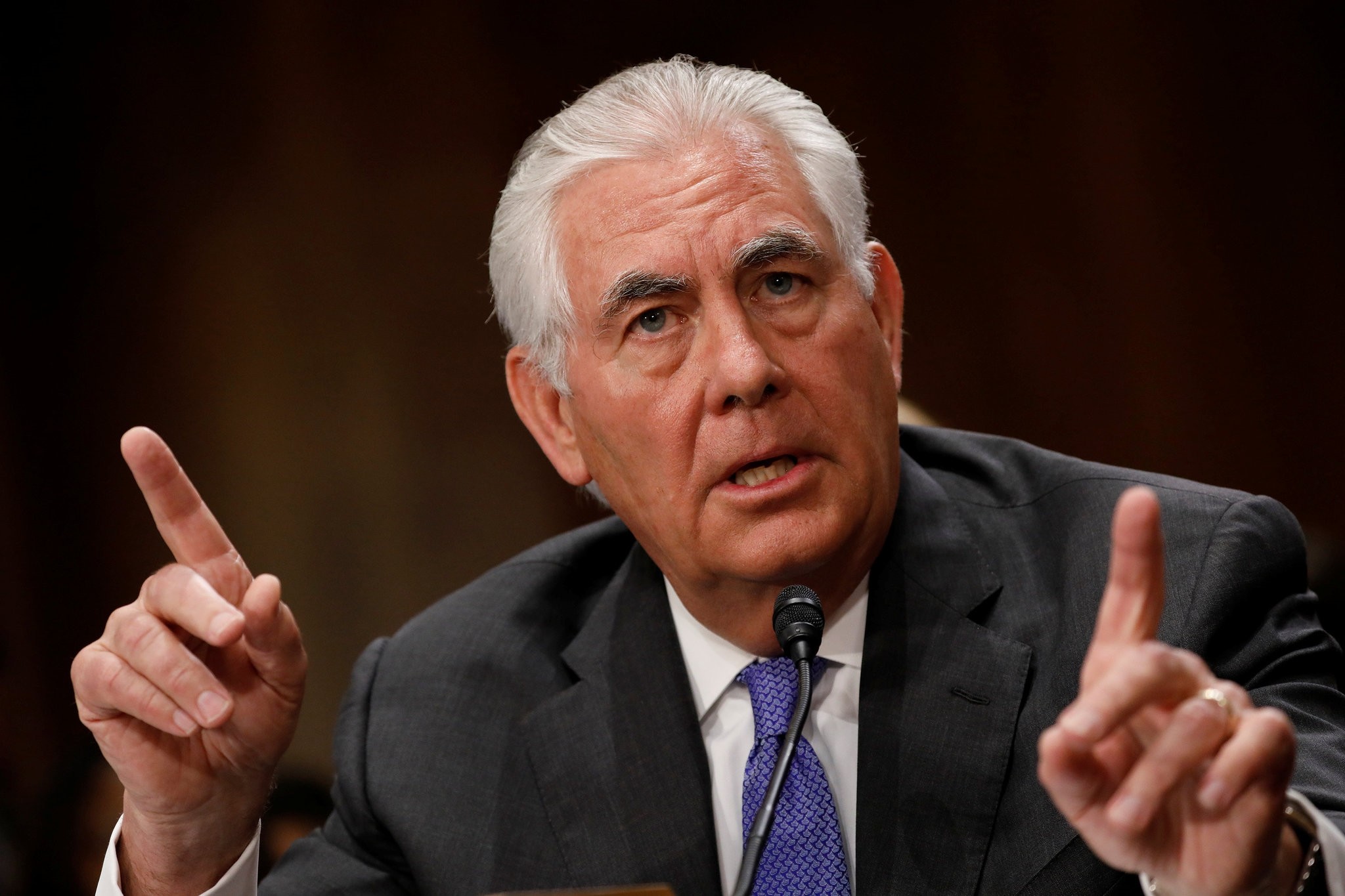 Rex Tillerson said that the U.S. administration was worried about Ankara's rapprochement with Moscow, in the Senate Foreign Relations Committee on Capitol Hill in Washington, D.C, June 14.
by Ragıp Soylu Jun 19, 2017 12:00 am

Tillerson's remarks that the U.S. was concerned with the developing relations between Turkey and Russia was not eloborated on despite Daily Sabah's insistent attempts. The remarks came amid growing discussions on the Trump administration's alleged ties with Moscow

U.S. Secretary of State Rex Tillerson said last Wednesday that they are concerned about Turkey's engagement with Russia, but failed to elaborate. Daily Sabah's further attempts to materialize the cause of these concerns did not bear any fruit either.A spokesperson for the U.S. State Department over the weekend refused to explain why exactly the U.S. was concerned about Turkey's dealings with its biggest neighbor. The spokesperson said the department had nothing to add on Tillerson's vague statement.

Tillerson himself criticized the U.S. Senate for passing rather tough Russia sanctions last week, telling the senators that the bill would preclude the constructive dialogue with Moscow.

There are several rumors that are explaining Tillerson's remarks. One of them is Turkey's energy deals with Russia, specifically the so-called TurkStream pipeline that would bring Russian gas to Europe, bypassing Ukraine.

Turkey has also been working with Moscow and Tehran to deliver a cease-fire in Syria, without the U.S.'s blessing.

Kadir Üstün, the executive director of Washington-based think tank SETA DC, says Turkey had sought to cooperate with Russia in Syria to try and protect its security interests and priorities. Üstün also said that the U.S.'s support for the PKK terrorist group's Syrian branch has been further straining relations.

"U.S. support for the YPG, otherwise known as People's Protection Units, has deeply upset Turkey, which is a holdover policy from the [Barack] Obama administration. But the Trump administration's continuation of the policy is further straining relations," he said.

President Recep Tayyip Erdoğan declared last month that Turkey and Russia were in the final stage to sign a deal on S-400 air defense systems. The move has already caused widespread backlash among NATO capitals. Ankara's explanation for this deal is Russia's competitive advantage over NATO systems, in terms of financing and the transfer of know-how.

"[The purchase] might further strain Turkey-U.S. relations but Turkey is trying to find a solution to threats coming from terrorist groups in northern Syria," Üstün said.

It is not immediately clear what Ankara's response will be. But Russian Foreign Minister Sergey Lavrov did not miss the opportunity to comment. He said he was surprised by Tillerson's statement, according to a report that appeared on Ria Novosti.

"Russia and Turkey, together with Iran and other countries are already working to resolve the Syrian crisis. I do not know which aspect of our rapprochement Rex Tillerson is anxious about," he said.

However there is a bright side. Tillerson's remarks last Wednesday also included a highlight on the Trump administration's approach to Turkey.

Tillerson said the U.S.'s objective was not to worsen the complex relationship but find ways to re-engage and strengthen it so that the U.S. could have some influence over Turkey's choices, particularly with respect to the quality of Turkish democracy.