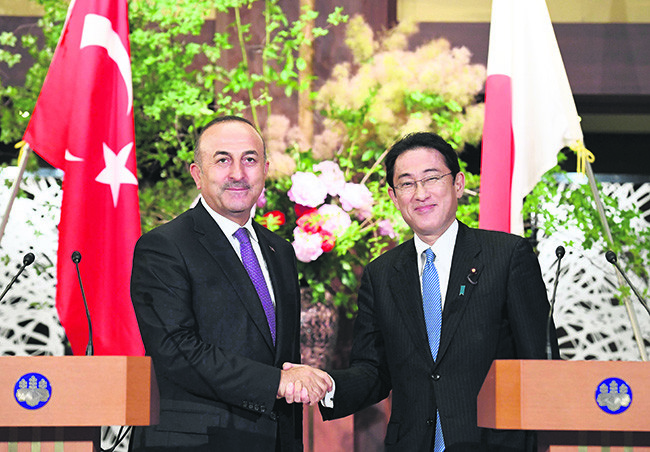 Foreign Minister Mevlu00fct u00c7avuu015fou011flu (L) shakes hands with his Japanese counterpart Fumio Kishida (R) during their joint remarks announcement at the foreign ministryu2019s Iikura guesthouse in Tokyo on June 21.
by Daily Sabah with AA Jun 23, 2017 12:00 am

"FETÖ is very active in Japan and poses a big threat," Çavuşoğlu said in a speech on Middle East developments at the Sasakawa Peace Foundation.

He added that some FETÖ members were tied to foreign intelligence agencies.

"We had to remove 25 percent of our diplomats who were not affiliated with the state, but with FETÖ," he told the audience in Tokyo. Since the coup attempt, the government has oversdeen the arrest of tens of thousands of suspected FETÖ supporters and dismissal more than 100,000 public servants from different government institutions.

At that meeting, Yıldırım said that Turkey expects Japan to take necessary measures against the terrorist group in the country.