Saudi demands from Qatar seen as breach of sovereignty 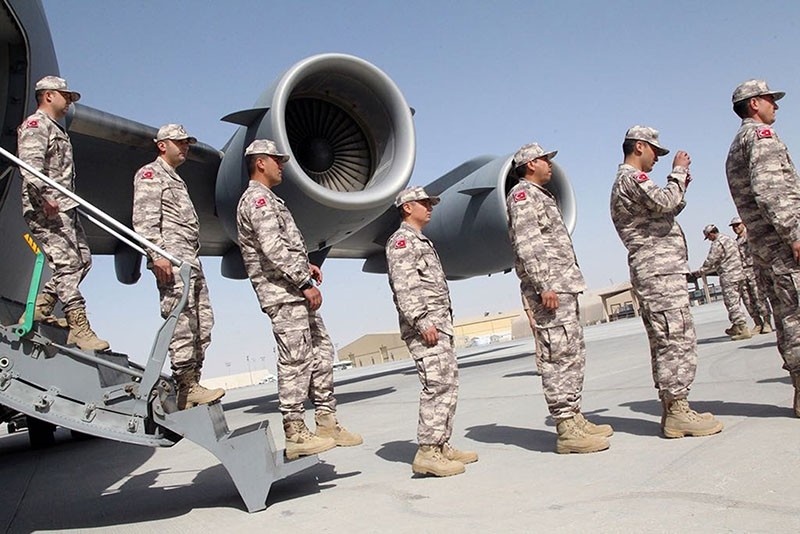 A 13-article list of demands from Saudi-led anti-Qatar axis has been interpreted by analysts as a breach of Qatar's sovereignty, severe, and that it is far away from acceptable diplomatic norms.

Kuwait delivered the demands of four Gulf Arab states to end the diplomatic crisis with Qatar on Friday, The Associated Press and several other news agencies reported Friday.

Commenting on the list of demands Muhittin Ataman from the Foundation for Political, Economic and Social Research (SETA) said: "When I saw these requests, I thought that Qatar's independence is trying to be taken away from it. I see it is a series of requests aimed at turning Qatar into a country dependent on Saudi Arabia, because all of them target Doha's political sovereignty, territorial integrity and independence.

"It is interfering with Qatar's international affairs one way or another. It is against the main principles of international laws. These demands definitely cannot be accepted as a sovereign state."

The 13 demands also include calls to shut down the Turkish military base in Qatar.

"Our most important demand is a solution to the problem without turning it into an embargo. If there is a problem, it should be solved at the table," Defense Minister Fikri Işık said in a live interview with the NTV private broadcaster Friday following the Gulf states giving Qatar a 13-article list of demands.

Işık said that they have no intention of reassessing the status of the Turkish military base in Qatar, and it would be interference in bilateral ties. "I still haven't seen the official request, but if there is such a demand, it would be interference in bilateral ties." Işık said in the interview. "The base in Qatar is both a Turkish base and one that will preserve the security of Qatar and the region. It is an important military base, and no country should be disturbed by it," he added.

Speaking to Daily Sabah, Özcan Tikit from HaberTurk daily said: ''Some of these demands have already known, however, Gulf countries' call to shut down Turkish Military base was surprising for us. This demand amid Turkey's mediation efforts to solve this crisis via diplomacy and after Turkish Foreign Minister Çavuşoğlu's recent visit to Gulf countries as well as President Erdoğan's phone call with Saudi King on Thursday. It seems to me that the Gulf countries don't want to understand Turkey's messages that urge them to solve the crisis through dialogue and apparently Gulf crisis will likely to evolve worse stage in the coming days."

According to Ataman, the main reason why there is a demand that Qatar shut down Turkey's military base in the country is opposition to the joint regional perspective of Doha and Ankara. "The joint regional vision that Turkey and Qatar display are under attack. When taken into consideration, this demand should not be surprising," he said.

Apart from calls to close the Turkish base in the country, four Gulf Arab states demanded the shuttering of Al-Jazeera TV and cutting ties with Iran. They also demanded that Qatar make a declaration against terrorist groups, including Daesh and al-Qaeda, halt funding to those organizations and hand over any individuals from those organizations in the country. Other demands pressed Qatar to "stop interfering in other countries' domestic affairs," to give an unspecified amount of compensation to countries that presented these demands, honor the Riyadh agreements of 2013 and 2014 and shut down all other media supported by Qatar. The Gulf states gave Qatar 10 days to comply with their demands. The United Arab Emirates (UAE) on Friday advised Qatar to take a list of stern demands drawn up by its neighbors seriously or the diplomatic crisis in the Gulf would "turn into a divorce" with Doha.

Galip Dalay from Al-Sharq forum said that the demands are "neither reasonable nor actionable and there are far from what the U.S. State Department asked for when it said that it is waiting to see the blockading countries provide their list of grievances to Qatar, which were supposed to be reasonable and actionable."

"We hope the list of demands will soon be presented to Qatar and will be reasonable and actionable," U.S. Secretary of State Rex Tillerson had said on Wednesday.

Meanwhile, Qatar rejected the claim that it supported al-Nusra Front, the former Syrian branch of al-Qaeda, or any armed group. "Qatar does not support al-Nusra Front in Syria. ... And it does not support any terrorist organization," Qatari Foreign Minister Sheikh Mohammed bin Abdulrahman al-Thani said in an interview with France 24 on Thursday.

Since the beginning of the crisis, Turkey has played a mediating role to solve the Gulf crisis through dialogue. Ankara has tried to weather the storm after several Gulf countries severed ties with Qatar and imposed sanctions on the small Gulf emirate, with President Recep Tayyip Erdoğan carring out diplomacy over the phone with many heads of state and governments from the Gulf region and the West in an effort to actively take part in the search for a peaceful solution to the crisis. Last week, Foreign Minister Mevlüt Çavuşoğlu also visited Qatar, Kuwait and Saudi Arabia as a mediator to resolve the diplomatic crisis through dialogue. As Turkey has continued its effort to solve the crisis, Ankara urged Saudi Arabia to lead dialogue efforts and solve the Qatar issue peacefully. On Thursday, Erdoğan spoke on the phone with Saudi Arabia's King Salman and newly appointed Crown Prince Mohamed bin Salman, during which they agreed "to increase the efforts to end the tension in the axis of Qatar." Erdoğan congratulated Mohamed bin Salman on being named crown prince and they both expressed a desire for stronger ties between their countries, presidential sources said. In addition, presidential spokesman İbrahim Kalın said that Saudi Arabia could play a very influential role in finding a peaceful solution. "Of course, as the strongest country in the Gulf and one of the biggest countries in the Islamic world, Saudi Arabia will play a big role to overcome the tensions with Qatar and find a peaceful solution. During the meeting [between Erdoğan and Salman], this was also underlined," he said. Kalın also said that the Gulf states are important partners for Turkey and that Ankara does not want any sort of tension. "We also do not want them to be in any crises among themselves. This has been our approach from the beginning," he affirmed.

On June 19, Turkish troops arrived in Qatar for a long-planned joint military training program, the Qatari Defense Ministry said, following Parliament fast-tracking legislation to deploy to the military base in Qatar on June 7. Turkey has a military base in Qatar that currently houses about 90 Turkish soldiers. The first batch of 25 Turkish soldiers who left for Qatar to be stationed at the base arrived in early Thursday. Turkey will also send five armored vehicles as part of the first unit of deployment. The deal that would allow the troop deployment to Qatar to improve the country's armed forces and boost military cooperation was signed in April 2016 in Doha. Under the legislation, the military forces of both countries will also be able to carry out joint exercises. Officials from both Qatar and Turkey have said the move is to contribute to regional and world peace.