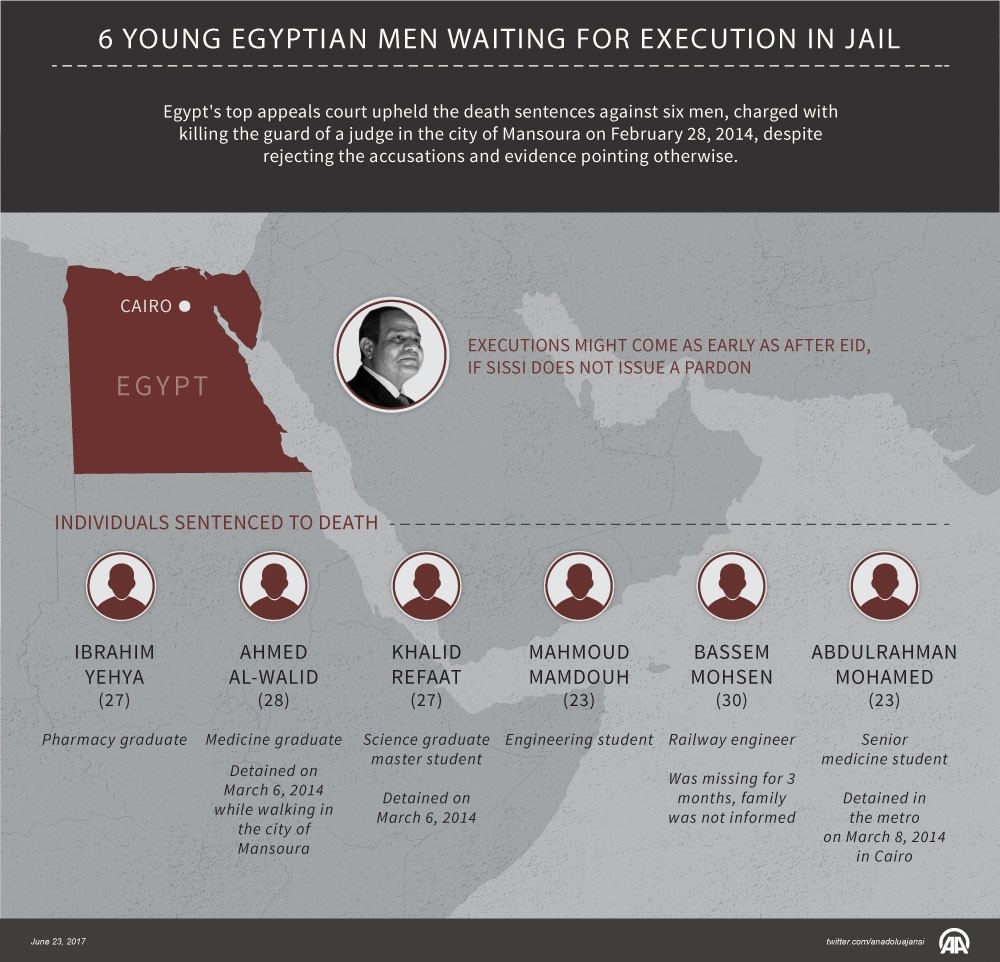 Turkey's main opposition Republican People's Party (CHP) leader Kemal Kılıçdaroğlu called on Egypt Saturday to halt the executions of six men convicted in the murder of a police officer earlier in June in a trial that has been described as "flawed" and "unfair" by international organizations and human rights groups.

Speaking to reporters ahead of the 10th day of his march from Ankara to Istanbul on the eve of the Ramadan holiday, Eid al-Fitr, Kılıçdaroğlu expressed that he hopes for a peaceful and calm Eid al-Fitr across the Muslim world.

"There is one thing that deeply upsets me during this Ramadan holiday and Ramadan, which is the executions in Egypt. We know that political executions do not bring any benefits to any society. Turkey went through this and suffered a lot as a result of this issue. We have commemorated politicians that we formerly executed. We have named squares, dams, roads and schools after them. This was done in a way to overcome the injustice we have caused but the ones who died never return," Kılıçdaroğlu said, referring to the executions of former Prime Minister Adnan Menderes, Foreign Affairs Minister Fatin Rüştü Zorlu and Finance Minister Hasan Polatkan who stood unfair trials conducted after the 1960 military coup. Numerous young political activists, charged with crimes ranging from murder to crimes in violation of the constitution, were also executed after the 1971 and 1980 military coups.

"That is why I would like to call on the authorities in Egypt and the brotherly people of Egypt. Tomorrow is the Ramadan holiday. If you want definitive proof that no society benefits from executions, you should look at Turkey's history. We want the Ramadan festivities to bring a sense of peace, brotherhood and calmness to the Muslim world. There is bloodshed and tears falling all across the Muslim world," Kılıçdaroğlu said.

Egypt's top appeals court upheld the death sentences against the men, known as the Mansoura Six in a reference to the Nile Delta city where they were tried, charged with killing Sergeant Abdallah al-Motweli, who guarded the house of a judge who was on a panel of judges in the trial of Egypt's former President Mohamed Morsi of the to 20 years in which he was sentenced to 20 years on charges of killing protesters during his reign.

The men were arrested among others in 2014, less than two weeks after the guard was killed. Egypt's Interior Ministry accused them of belonging to the Muslim Brotherhood group, which was outlawed after Morsi was toppled on July 3 by the military headed by then Defense Minister Gen. Abdel Fattah el-Sissi.

Human rights groups urged Sissi, who was elected president in 2014, to intervene by a Thursday deadline to commute the death sentences, which can no longer be appealed after Egypt's top court this month upheld their conviction.

"The most important recommendation is protecting the six young men's right to life, which only the president can currently do through commuting the sentences," the Geneva-based Committee for Justice (CFJ) said on Wednesday.

In a detailed 30-page report based on a review of court records and interviews with their families and lawyers, the CFJ highlighted what it said were several violations faced by the defendants.

The report focused on several violations: the defendants were forcibly disappeared, not legally arrested, and were tortured into confessing. Their confessions were taped and aired by the police before prosecutors questioned them, the report also said, in violation of Egypt's penal code.

Egyptian authorities do not comment on cases after a court has issued a verdict. The Interior Ministry denies all allegations of abuse.

The Mansoura Six were kept in illegal detention centers, denied access to lawyers, and were kept in inhumane conditions, CFJ's report also said. Court records seen by Reuters show the judge based his verdict on police investigations that cite "secret" sources which officers refused to reveal in court.

Amnesty International also urged Sissi to intervene to prevent the execution of the six men.

"The death penalty is the ultimate cruel, inhuman and degrading punishment. No one should be deprived of their right to life, no matter how horrific the crimes they have been accused of are," said Najia Bounaim, Amnesty's North Africa Campaigns Director.

"Time is running out to save these men's lives, they can be executed at any time. The Egyptian authorities must immediately halt these executions."

U.N. human rights experts also urged Egypt on Thursday to halt the execution of six men, saying that their trials were "flawed" and "did not meet international standards of fairness."

"The defendants recanted the confessions made under torture, and asserted that the severity of torture allegedly made them consent to memorize police stories that confirm the charges against them," the Egyptian Initiative for Personal Rights said in a statement earlier this month.

U.N rights experts expressed "deep concern" over the convictions of the men based on "forced confessions" which were later retracted and demanded clarification from Egyptian authorities.

"This is in clear violation of Article 1 of the Convention against Torture, to which Egypt is a party," they said, adding that supporting evidence used against the men, as well as testimonies from state security members, showed major inconsistencies.