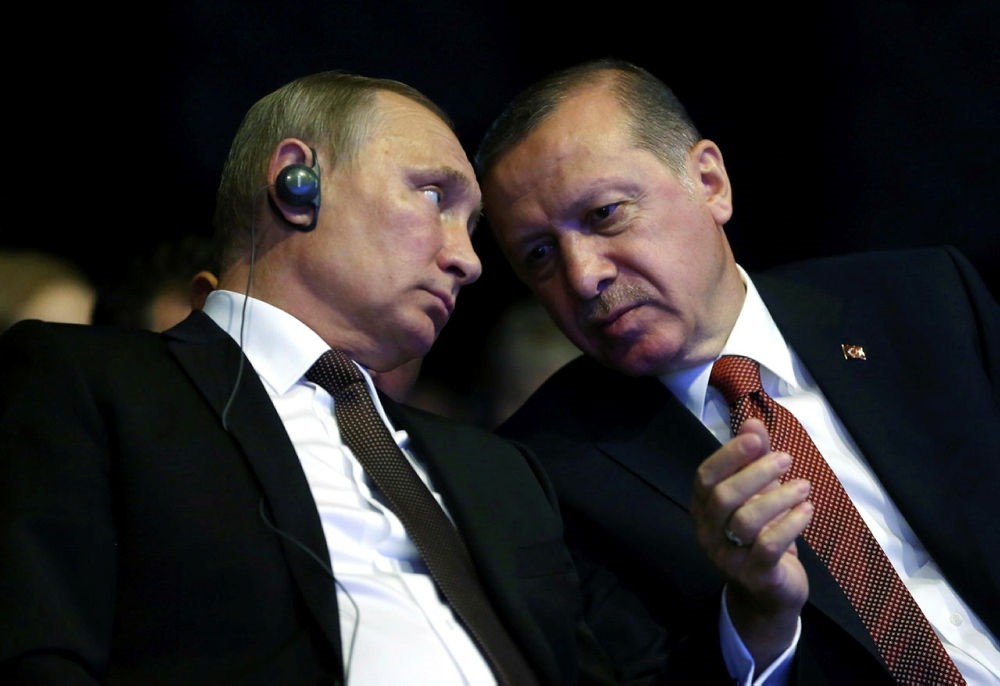 by daily sabah
Jun 30, 2017 12:00 am
President Recep Tayyip Erdoğan on Friday had a phone call with his Russian counterpart Vladimir Putin over Syrian crisis hours after speaking with US President Donald Trump.

According to the statement released on the official website of Kremlin, the two leaders discussed "the key issues in Syrian crisis while taking the results of the Astana talks into consideration."

The statement said Erdoğan and Putin agreed to hold bilateral talks at the upcoming G20 Summit in Germany.

Erdoğan also spoke with Trump on Friday to discuss the dispute between Qatar and Gulf and Arab powers who severed diplomatic and travel links with Qatar.

Trump and Erdoğan discussed ways to resolve the dispute "while ensuring that all countries work together to stop terrorist funding and to combat extremist ideology", the White House said in a statement.