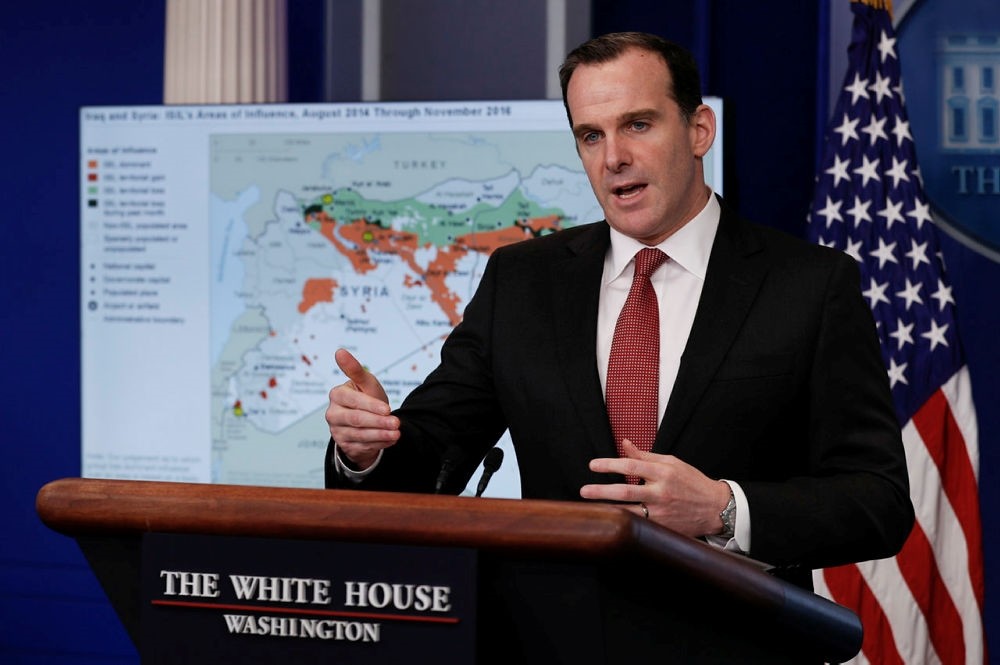 The top US official in the fight against Daesh landed in Turkey on Friday for talks with officials as the tension between the two countries has risen over the U.S.'s support to the PKK Syrian affiliate Democratic Union Party's (PYD) armed People's Protection Units (YPG).

Speaking after his meetings with Turkish officials, McGurk said the discussions were about the joint efforts on permanent destruction of Daesh.

According to the sources, the Turkish officials also conveyed their concerns over the U.S.'s support for YPG which has caused tensions in relations between Washington and Ankara.

US says that supporting the YPG is the only option to defeat Daesh and Turkey is confident that an alternative could be found with local Arab tribes, backed by countries in the region, rather than supporting and arming "a terrorist group".

A Turkish official said McGurk would meet with Turkish foreign ministry and military officials. He spoke on condition of anonymity in line with government regulations.