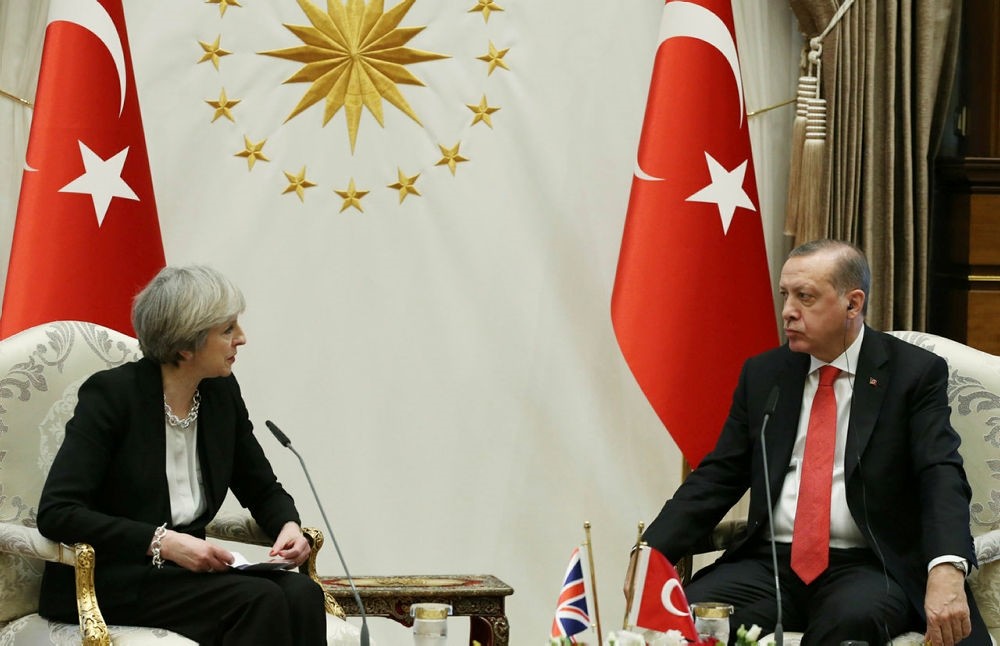 President Recep Tayyip Erdoğan and British Prime Minister Theresa May discussed the ongoing Cyprus talks in a phone call on Monday as the Turkish and Greek Cypriot sides and the three guarantor countries -- Turkey, Greece and the U.K. submitted their proposals for a peace deal to unite Cyprus under a federal umbrella.

According to presidential sources, the two leaders of guarantor countries of the Cyprus talks emphasized the importance of overcoming the bottleneck in the negotiations and achieving a fair, permanent and comprehensive solution for both sides.

Reaffirming their determination to develop bilateral relations, especially in economic relations and the defense industry, the two leaders pledged to strengthen their cooperation in the fight against terror.

Erdoğan and May also agreed to hold a bilateral meeting at the upcoming G20 Summit in Germany.

The latest round of Cyprus talks began on June 28 in Crans-Montana, Switzerland.

The U.N. is expected to share the copies of the proposals with each of the five sides who will then discuss them in the second meeting later Monday.