Turkish base in Qatar doesn't pose any threat to neighbors, Kalın says 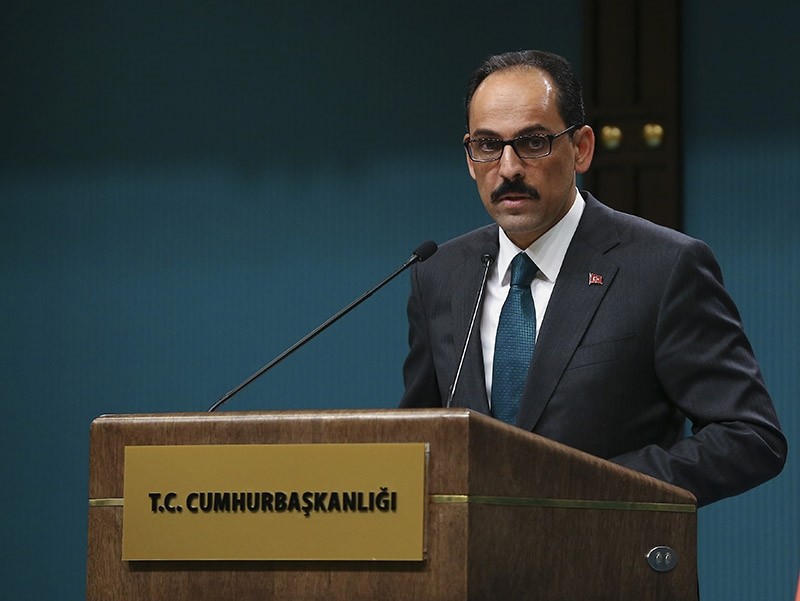 Presidential spokesman Kalın reassured Monday that Turkey's military base in Qatar has never posed any threat to countries in the region, noting that the next few days are critical regaring the crisis

Turkey's military base in Qatar has never posed any threat to countries in the region, presidential spokesman İbrahim Kalın said Monday, amid Gulf countries awaiting Qatar's response to their demand to close the base in the country.

Speaking to reporters in Istanbul, Kalın said that President Recep Tayyip Erdoğan will continue to keep up with developments regarding the Qatar crisis, calling the next few days critical.

"The Turkish base in Qatar poses no threat to any countries in the region" Kalın said.

Kalın also said that Erdoğan will meet with Russian President Vladimir Putin at the G20 Summit in Hamburg.

Erdoğan has repeatedly voiced concern over the blockade on Qatar, having called on the Gulf states to resolve the situation before the end of the Islamic holy month of Ramadan, which now has passed.

Foreign Minister Mevlüt Çavuşoğlu paid an official visit to Qatar, Kuwait and Saudi Arabia as part of Ankara's efforts. After the economic blockade on Qatar, Turkey sent 105 cargo planes of food to Qatar.

The first batch of 25 Turkish soldiers who left for Qatar to be stationed at the Turkish military base have already arrived in the country. Turkey will also send five armored vehicles as part of the first unit of deployment.

The deal to allow the troop deployment to Qatar is meant to improve the country's armed forces and boost military cooperation and was signed on April 2016, in Doha.

Under the legislation, the military forces of both countries will also be able to carry out joint exercises. Officials from both Qatar and Turkey have said the move is aimed at contributing to regional and world peace.