Turkey will close military base if Qatar makes such request, Erdoğan says 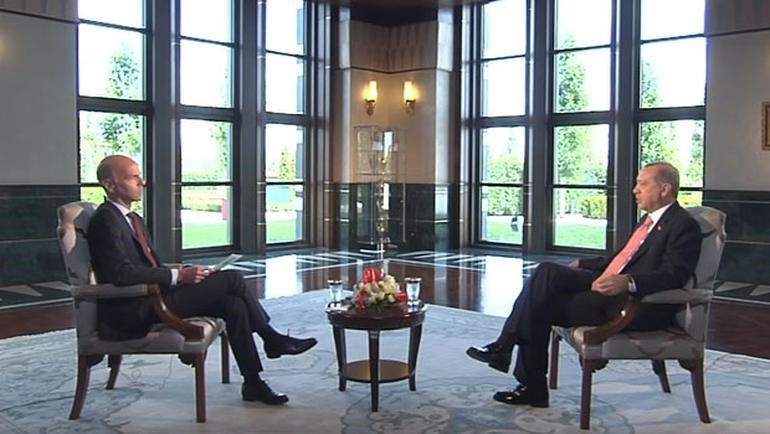 by Daily Sabah with Agencies Jul 05, 2017 12:00 am
President Recep Tayyip Erdoğan said on Wednesday that the demands made by Arab states on Qatar are not "acceptable under any circumstances."

Speaking to French news and television network France 24, the president said that Turkey remains loyal to Qatar, but would close its military base if Qatari authorities made such a request.

"When it comes to this list of 13 items ... it's not acceptable under any circumstances," he said in the interview.

He said the Arab states' demand for a Turkish military base in Qatar to be closed shows "a lack of respect toward us and Qatar." ''The Americans are also there, with 9,000 soldiers, and so are the French. ... Why are the Saudis disturbed by us and not by that? This is unacceptable."

On the Syrian front, Erdoğan said that Turkey was ready to carry out ground operations in the north if its national security ever came under threat. He also added that a de-escalation zone could soon be established by Turkish and Russian troops in the region.

Turkey has been vocally against the referendum since it began to be rumored, then finally announced in June. Ankara has reiterated its opposition regarding an independence referendum to be held in Iraqi Kurdistan, arguing that Iraq's territorial integrity must be protected to avoid further turmoil in the region. President Erdoğan has on many occasions criticized the KRG's decision to hold an independence referendum on Sept. 25, saying that it has deeply saddened Ankara.