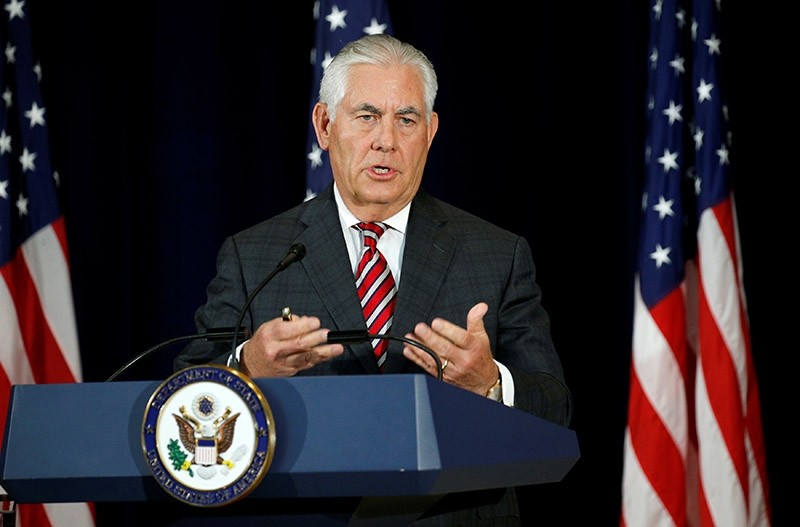 U.S. Secretary of State Rex Tillerson speaks during a press conference after talks with Chinese diplomatic and defense chiefs at the State Department in Washington, U.S. June 21, 2017. (Reuters Photo)
by Daily Sabah with Reuters Jul 05, 2017 12:00 am

U.S. Secretary of State Rex Tillerson will visit Turkey next week after accompanying President Donald Trump to the G20 summit in Germany's Hamburg.

The U.S. State Department announced Wednesday that Tillerson will meet with Ukrainian President Petro Poroshenko and young reformers from government and civil society on July 9 in Kiev and "reaffirm America's commitment to Ukraine's sovereignty and territorial integrity" before traveling to Turkey's Istanbul to meet with senior Turkish officials on July 9 and 10 .

According to a written statement published by the Presidency, Erdoğan and Tillerson discussed the extradition of U.S.-based Gülenist Terror Group (FETÖ) leader Fetullah Gülen, whose group is behind the failed July 15 coup attempt, and the prevention of the network's activities in the U.S.