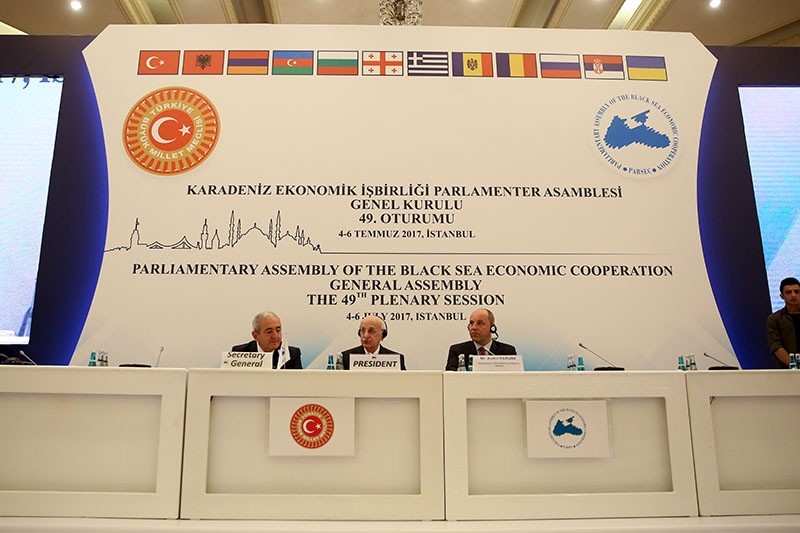 Delegates from Russia and Ukraine traded barbs for a second day at an economic conference in Istanbul over the Crimea issue.

A session of the Inter-Parliamentary Assembly of Black Sea Economic Cooperation (BSEC) saw a verbal clash when Russian lawmaker Nadezhda Kolesnikova took to the floor to talk about parliaments' role in maintaining sustainable healthcare in BSEC states.

She claimed Crimeans had been experiencing better healthcare services under Russian rule, amid new hospital constructions in Yalta and Simferopol.

However, Refat Chubarov from the Ukrainian delegation accused Russia of destroying Crimean infrastructure after annexing the territory in 2014.

Chubarov also vowed Russia would be tried in international courts for its role in Crimea.

This is the second time in as many days that delegates from both countries clashed at the Turkey-hosted BSEC meeting.

On Wednesday, the Ukrainian delegation walked out in reaction to the presence of a Russian lawmaker, purportedly elected in Crimea.

In response, the Russian delegation boycotted Thursday's session in which Turkey handed over the term presidency to Ukraine.

The Black Sea territory was annexed by Russia after an illegal independence vote in 2014.

Along with many UN member nations, the U.S., EU and Turkey also do not recognize Crimea as Russian territory.