US, EU desire a ‘bizonal, bicommunal’ Cyprus as VP Pence speaks with Mogherini 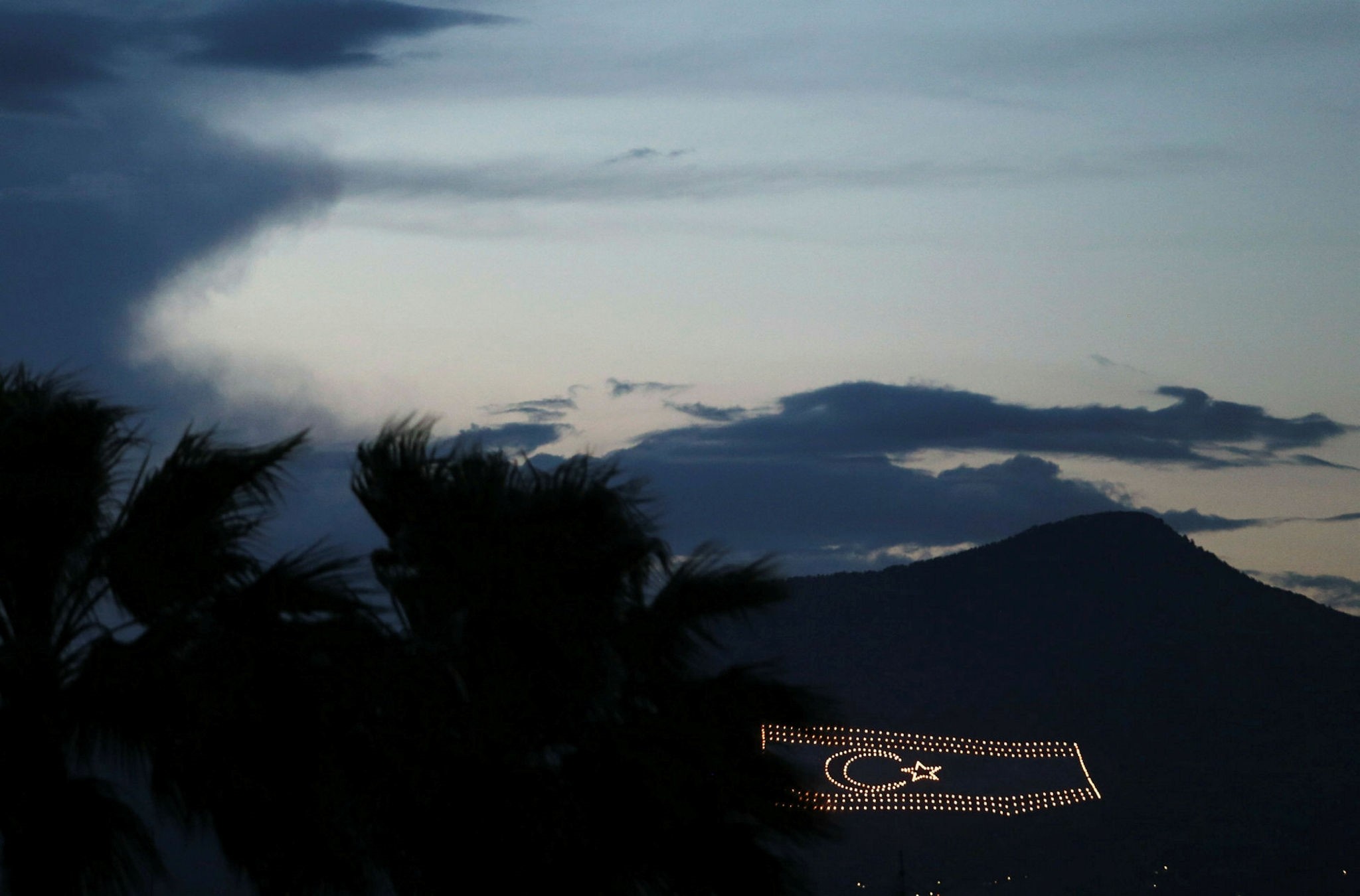 The flag of the Turkish Republic of Northern Cyprus is illuminated on the foothills of Beu015fparmak mountains overlooking the capital city of Nicosia, Cyprus, 26 June 2017 (EPA Photo)
by Daily Sabah Jul 06, 2017 12:00 am

In the call, both officials expressed hope that President of the Turkish Republic of Northern Cyprus (TRNC), Mustafa Akıncı and Greek Cypriot leader Nikos Anastasiades agreed to a settlement "that would reunify Cyprus as a bizonal, bicommunal federation to the benefit of all Cypriots," the statement said.

"The leaders agreed on the importance of the ongoing Conference on Cyprus in Crans-Montana, Switzerland," the readout added.

The latest round of Cyprus talks in Crans-Montana began June 28.

On Monday, the U.N. received proposals from the Turkish and Greek Cypriot sides, as well as from Turkey, Greece and the U.K.

The U.N. is seeking a peace deal to unite Cyprus under a federal umbrella, which could also define the future of Europe's relations with Turkey, a key player in the reunification dilemma.

The island in the eastern Mediterranean has been divided since 1974, when a Greek-Cypriot coup was followed by violence targeting the island's Turks, resulting in Ankara's intervention as a guarantor power.