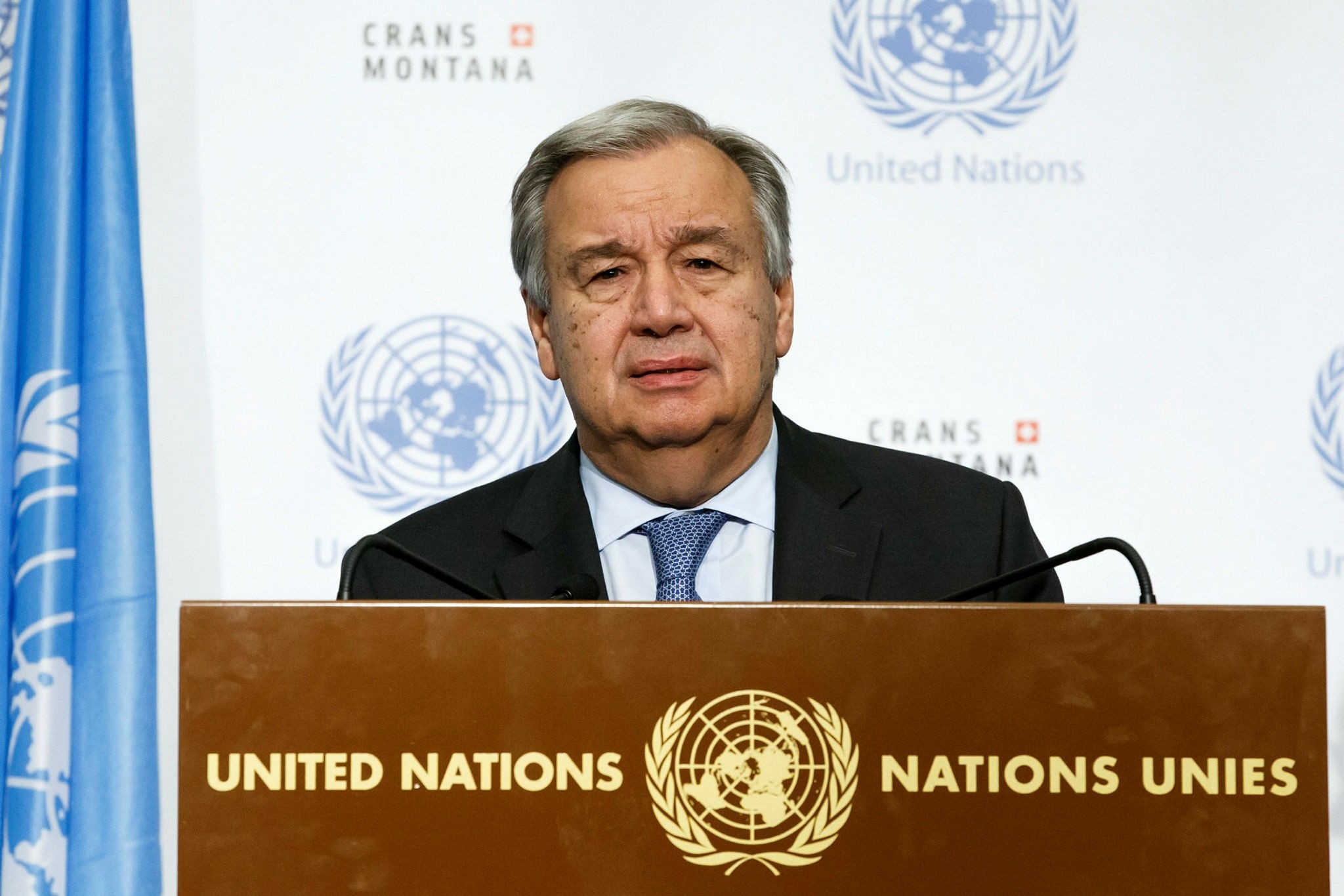 Talks aimed at ending the four-decade Cyprus conflict have closed without reaching an agreement, U.N. Secretary General Antonio Guterres said on Friday after a stormy final session of talks that ran into the early hours.

"I'm very sorry to tell you that despite the very strong commitment and engagement of all the delegations and different parties ... the conference on Cyprus was closed without an agreement being reached," he told a news conference.

Guterres had flown in on Thursday to press Greek and Turkish Cypriots to seal a deal reuniting their east Mediterranean island, and U.S. Vice President Mike Pence phoned to urge them to "seize this historic opportunity".

But the week of talks, held in a Swiss alpine resort, ground to a halt as the two sides failed to overcome final obstacles. Guterres finally called a halt at 2 a.m. after a session marred by yelling and drama, a source close to the negotiations said.

"Unfortunately... an agreement was not possible, and the conference was closed without the possibility to bring a solution to this dramatic and long-lasting problem," Guterres said.

"That doesn't mean that other initiatives cannot be developed in order to address the Cyprus problem," he added.

He declined to elaborate on what exactly had caused the talks to collapse, but said there was still a wide gap between the two delegations on a number of questions.