Erdoğan, Trump meet on the sidelines of G20 Hamburg summit 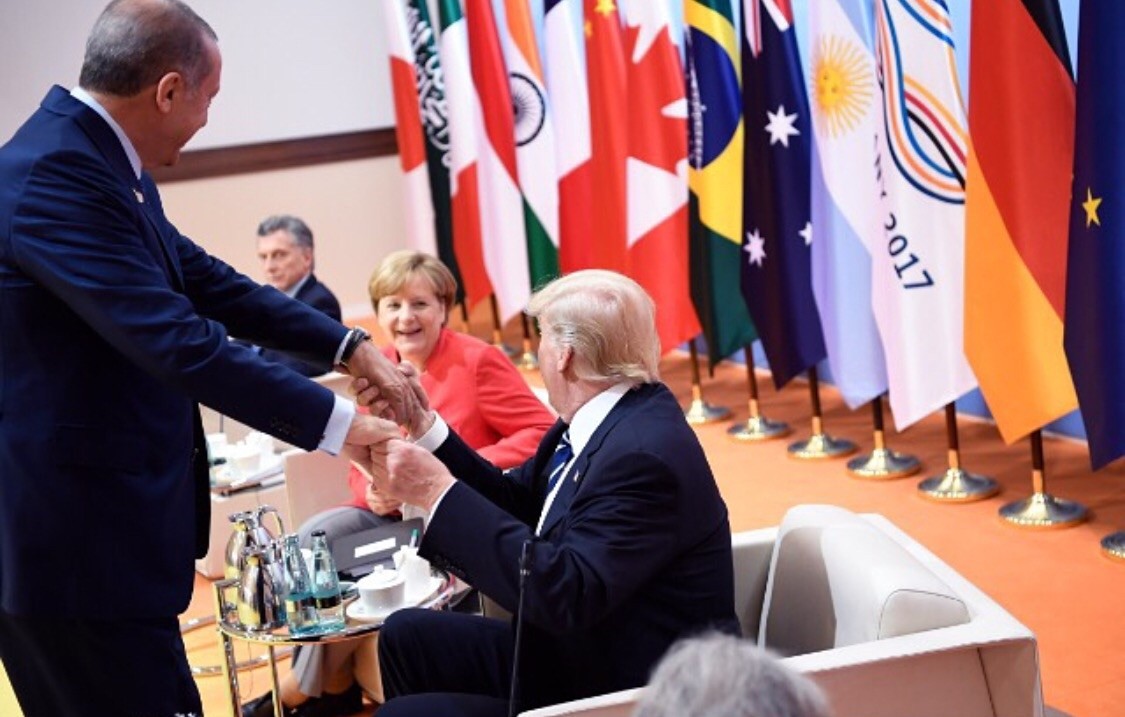 A handout photo made available by the German government on July 07, 2017 of US President Donald J. Trump (R) shaking hands with Turkish President Recep Tayyip Erdou011fan during the G20 leaders retreat meeting in Hamburg, Germany.
by Daily Sabah with Agencies Jul 08, 2017 12:00 am

President Recep Tayyip Erdoğan and his American counterpart Donald Trump hold an unexpected meeting on the sidelines of the G20 Hamburg summit on Saturday.

The meeting between the two presidents lasted approximately 20 minutes.

Syria and Qatar row were the main issues covered in the meeting, Turkish officials said, without giving further details.

The U.S. and Russia announced an agreement for a cease-fire in southwest Syria during the G-20 summit.

Trump and Erdoğan previously held extended talks at the White House in May.

Erdoğan also had a meeting with Russian President Vladimir Putin on Saturday morning; the two leaders discussed the conflict in Syria and other regional issues.

The two-day summit of world's 20 major economies (G20) will end later on Saturday. President Erdoğan is expected to hold a news conference at the end of the summit.

The summit hosted by Germany's Chancellor Angela Merkel had focused on global economy, climate change and the fight against terrorism.