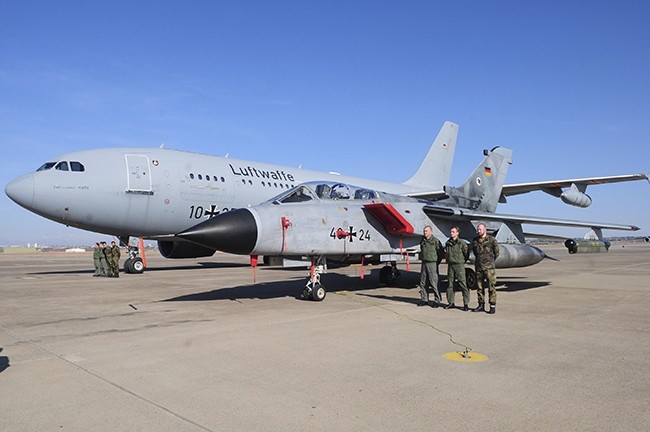 According to Der Spiegel, two supply airplanes will be transferred to an air base near Azraq in Jordan first as part of a step-by-step withdrawal from the Turkish air base.

German planes used in aerial operations against the Daesh terrorist group in Iraq and Syria would then be taken to Jordan along with nearly 260 German troops deployed in the Incirlik base. Since 2015, Germany has stationed six Tornado surveillance jets and a tanker aircraft at the Turkish base.

The German government has decided to withdraw its refueling and reconnaissance aircraft from Incirlik to Azraq, after tensions between the two countries rose late May over Turkey's refusal to allow a German parliamentary delegation to visit the base.

Relations between Turkey and Germany initially became strained when local authorities canceled public appearances of Turkish ministers and government officials campaigning ahead of the April 16 referendum in several different German towns and cities. Officials based the cancellations on poor excuses such as inadequate parking lots and security concerns; however, they allowed no-campaigners and PKK sympathizers – who were against constitutional reform – to rally.

Additionally, Turkish officials indicated their disturbance by Germany's stance regarding terrorist groups, including the PKK and the Gülenist Terror Group (FETÖ), numerous times.

On June 7, Berlin announced German troops stationed in the southern Turkish base would be moved to a military facility in Jordan over the coming months.

In addition, after the coup attempt on July 15, 2016, in Turkey, suspected FETÖ members have sought asylum in Germany despite being wanted by Ankara for their alleged involvement in the coup bid.