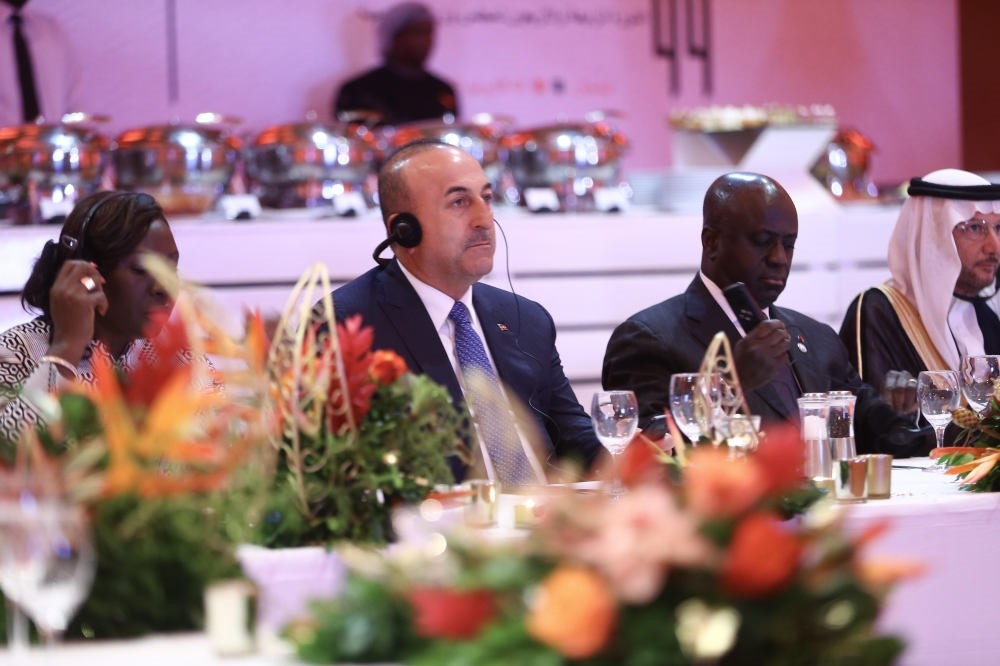 Foreign Minister Mevlüt Çavuşoğlu said the Cyprus talks in Switzerland failed due to Greek Cyprus's "uncompromising attitude," adding that all those who attended the talks "know this fact very well."

Speaking during his visit to the Ivory Coast for the 44th meeting of Organisation of Islamic Cooperation (OIC) yesterday, Çavuşoğlu said that although the Turkish side had a constructive attitude, the "Greek Cypriot statements and demands were shallow and absurd."

Çavuşoğlu added that the Cyprus talks in Switzerland were carried out with a perspective determined by the U.N., emphasizing that resuming the negotiations would not mean accepting all Greek Cypriot demands. "If absurd demands come, we will definitely refuse them. Everyone knows very well who is responsible for the lack of a solution here. The U.N. knows it very well, the U.K. and the EU also knows it very well. The EU saw our dignified manner during the talks," he said.

Çavuşoğlu also said that the Turkish delegation went to the Cyprus conference in Crans-Montana with a constructive approach and was one step ahead to a fair, permanent, bi-zonal solution. "Since the first day of the talks, we shared our tangible offers and discussed what we can do. We did not make philosophic discourse."

He said Turkey emphasizes that Crans-Montana was the "last conference" for the Cyprus issue, adding that the U.N. accepted Ankara's offer to discuss the issue as a whole package.

"On the other side, Greek Cyprus persists on one criteria: No [Turkish] military presence on the island, which mean withdrawal of Turkish soldiers, as well as ending Turkey's guarantee on the island. This means a rupture of bond between Turkey and Turkish Cyprus. Of course, it is not possible to accept such a proposal," he said.

About whether he thinks Greek Cyprus could use the issue in Turkey's accession talks with the EU, Çavuşoğlu said that Ankara has not carried out talks to ingratiate Brussels. "We are sincerely carrying out talks. Those who don't want to accept us into the EU may find another excuses if not Cyprus."

On the other side, Greek Cypriot President Nicos Anastasiades proposed three preconditions for restarting the Cyprus reunification talks, including the annulment of guarantees, the withdrawal of Turkish soldiers from the island and the establishment of a reliable mechanism to implement the agreement.

Speaking at a press conference in southern Cyprus, on the heels of the Crans-Montana Cyprus talks which failed, Anastasiades pointed to Turkey for remaining "inconclusive" after the talks.

He added that their purpose is to form a sovereign nation that is not dependent on third-party countries. He also indicated that they will continue drilling for oil in the Mediterranean Sea.

The Geneva talks that began on June 28 and are monitored by the U.N. secretary-general's special adviser on Cyprus, Espen Barth Eide, failed after 10 days of intense talks.

While the Turkish delegation, led by Foreign Minister Mevlüt Çavuşoğlu and the Turkish Cypriot delegation led by Turkish Republic of Northern Cyprus (TRNC) President Mustafa Akıncı have blamed the Greek and Greek-Cypriot side for not compromising on their demands for "zero troops, zero guarantees."

Both the Greek and the Greek-Cypriot side have said that Turkey's persistence in keeping the troops' presence on the island has caused the talks to fail.

The island in the eastern Mediterranean Sea has been divided since 1974, when a Greek-Cypriot coup was followed by violence targeting the island's Turks, resulting in Ankara's intervention as a guarantor power.