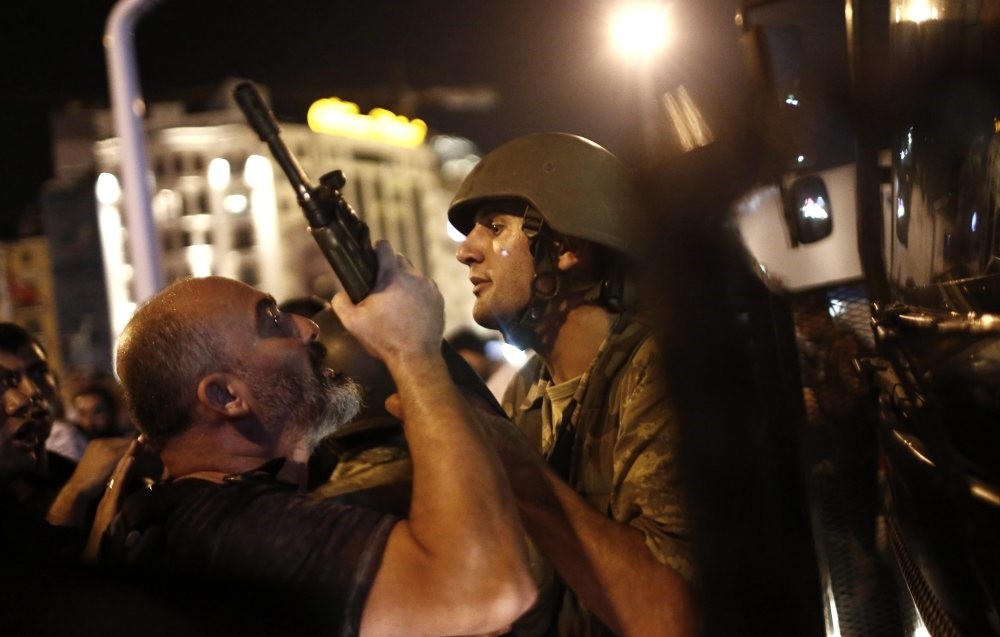 Faruk Kaymakcı, the Turkish permanent representative to the 28-nation EU, told Daily Sabah that the momentum that had been reinitiated in Turkish-EU relations thanks to the three back-to-back Turkey-EU Summits held within four months, the last of which was on March 18, 2016, had deteriorated and almost came to a halt after the July 15 coup attempt by the Gülenist Terror Group (FETÖ) and EU-Turkish tensions during the April 16 referendum campaign.

"The coup attempt, the bloodiest in the history of the Republic, targeted Turkish democracy, forced Turkey to declare a state of emergency and tarnished Turkey's image as well as disrupted Turkish-EU cooperation and the accession process. Turkey expected the EU to show solidarity and unequivocally denounce the insidious FETÖ putschists for attempting to hijack their sovereignty. The EU's belated and weak condemnation of the coup attempt, however, caused a deep crisis of confidence. This was exacerbated by the April 16 constitutional amendment package referendum campaign during which tensions mounted between Turkey and some EU member state governments," Kaymakcı said.

Kaymakcı stressed that the meetings President Recep Tayyip Erdoğan held with European Council President Donald Tusk, European Commission President Jean-Claude Juncker and European Parliament President Antonio Tajani on May 25, 2017, in Brussels, presented the sides with an opportunity for a frank and open exchange of views as well as proposing a common EU-Turkish calendar to deepened cooperation.

"The meetings have shown yet again the importance of earnest political dialogue and keeping these channels open at the highest level possible. President Erdoğan reiterated that Turkey will unabatedly pursue its strategic goal of full membership to the EU as long as the EU treats Turkey on a fair and equal basis. The three EU presidents, on the other hand, admitted that the EU was too slow to condemn the failed coup attempt and underlined the requirements to keep and advance the accession process."

Kaymakcı has said that the period ahead provides an ample amount of opportunities to reinvigorate Turkish-EU relations: "The continuing joint efforts to curb irregular migration, cooperation against the scourge of terrorism, especially Daesh, the PKK and FETÖ, visa liberalization and upgrading of the 1996 customs union top the pipeline as concrete cooperation areas through regular technical and high-level meetings."

He asserted that visa free-travel to the Schengen area for Turkish citizens, once Turkey fulfils the last remaining seven benchmarks out of 72 "will enhance people to people contact between Turks and EU citizens, contribute to mutual economic growth and further increase cooperation in security, counterterrorism and management of irregular migration." The upgrading of the customs union, improving and expanding its scope "will no doubt be beneficial to and render both sides more dynamic in an increasingly competitive global market, while expediting their economic convergence," he said.

"As for the joint efforts to curb irregular migration, epitomized by the March 18 statement, both sides have proven how effective they can work together under the guidance of pragmatism. Thanks to the March 18 deal, illegal and perilous crossings over the Aegean have dwindled from 7,000 a day to double digits at most, and migrant deaths at sea have been almost completely prevented. In fact, the statement

has proven so effective that the irregular migration route has now shifted from the Aegean to the Central Mediterranean. Increased pace of flows of funds to Syrian refugees in Turkey and implementation of the Voluntary Humanitarian Admission Scheme will increase the EU's credibility as well as help share the heavy burden on Turkey."

Most difficult accession will be the most beneficial, meaningful

The ambassador drew attention to the fact that Turkey can only join the EU after fully meeting all membership criteria and when both sides agree, and added: "Yet this also relies on the EU's genuine and anchoring approach to Turkey, engaging through constructive criticism and honest dialogue despite the rise of populism, the extreme right, Brexit and weakening of trans-Atlantic ties."

Turkey, while overcoming the trauma of the July 15 coup attempt, fighting three terrorist groups - FETÖ, PKK and Daesh - at the same time, and having taken in around 3.3 million refugees, is not asking for privileged treatment or a waiver in this regard, according to Kaymakcı. "On the contrary, Turkey rightly expects to be treated on equal footing with all the other candidates and pacta sunt servanda as agreed in 2005. Of course, Turkey's membership in the EU would perhaps be the most challenging of all accession processes, past and prospective. But no doubt it will be the most beneficial and most meaningful, not only for Turkey and the EU, but beyond as well, culminating in a unique win-win-win situation."

'Prospect of Turkish accession to EU more relevant than ever' 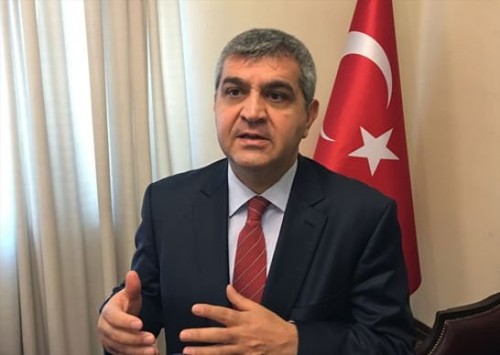 Faruk Kaymakcı, the Turkish permanent representative to the EU, who will be holding high-level meetings with EU officials next week together with Turkey's EU minister, Ömer Çelik, and Foreign Minister Mevlüt Çavuşoğlu, wrote the following statement, explaining the crucial need for deepened dialogue between the two sides. "Recent surveys conducted in Turkey show that 75.5 percent of Turks still desire and support their country's EU membership. However, when asked whether Turkey would be allowed to, or can become a member of the EU, only approximately 36 percent respond positively.

"Although the vast majority of Turkish people want EU membership, the lack of belief that this will ever happen negatively affects the overall motivation to pursue this strategic goal. The main reason behind this lately has to do with the EU's dubious stance or lack of 'anchoring' toward Turkey's accession. "Enlargement has been one of the EU's most successful external policy tools since its inception. It requires a bold vision and leadership, as was the case with previous waves of enlargement. In this regard, it is to be noted that European history remembers and rewards only those who display leadership and vision and make the most difficult possible, like late [German] Chancellor Helmut Kohl, who enabled the eastern enlargement in 2004. Enlargement, a European tool, must not be held hostage by short-sighted national interests or populist tendencies. The EU lost its anchoring role with Turkey when Greek Cypriots and [then French President Nicolas] Sarkozy were allowed to abuse their EU membership and pursue a national agenda rather than a European one, to block 18 out of 35 chapters from 2006 to 2009.

"Turkey, officially a candidate since 1999, deems accession negotiations as the backbone of its relations with the EU. The negotiations, though defined as open-ended, ideally provide a structured dialogue that enables the EU to engage in a constructive and anchoring manner. For Turkey, it is the driving force for reforms and further alignment with the EU."

Opponents of Turkey's membership in the EU have argued that Turkey is "too big, too poor and too different" to be accepted as a member. One could argue otherwise. Bigness in size, population and global weight would be an asset for the EU rather than a liability in the face of an ageing and weakening West and against the rise of the East. Turkey's young and dynamic population could be an antidote to the ageing EU population in this regard. In light of the recent economic forecasts, Turkey, currently the sixth biggest economy in Europe and 18th largest in the world, is expected to become the 12th largest economy by 2030, outperforming Italy and South Korea. Turkey is not too poor anymore and is better than some of the member states in terms of meeting the Maastricht Criteria. Finally, that Turkey is a predominantly Muslim country with a secular state would contribute to the cultural diversity and harmony in the EU, which in turn could help alleviate the ominous rise of Islamophobia, xenophobia and radicalization across the EU. Moreover, a secular, Muslim member country could buttress the integration of Muslim Europeans into their respective societies as well as increase the EU's outreach capacity in the Muslim world and Asia.