Brussels envoy calls on Belgium to cooperate in fight against FETÖ 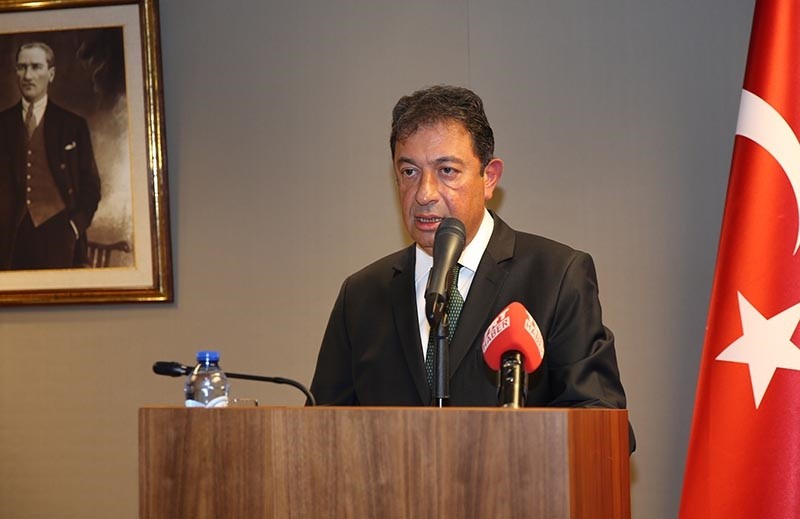 Organizing a press meeting on the occasion of the first anniversary of the July 15 coup attempt, Turkish Ambassador to Brussels Hakan Olcay stated that the fight against the Gülenist Terror Group (FETÖ) will continue through legal means, adding that they expect Belgium to cooperate and contribute to the process.

Opened with a short film portraying the coup attempt, the meeting continued with a speech delivered by Olcay. Upon Daily Sabah's question regarding the contacts they made with Belgian authorities on the subject, Olcay said the meetings with Belgium regarding the coup attempt are conducted at every level and the reason for Belgium's reluctance to take initiative is not a problem regarding communication. Olcay also underscored that Belgian authorities have been informed on the terrorist cult's devious and shady organizational structure and unlawful activities such as money laundering, adding that the latest information obtained from the courts are conveyed to them on a regular basis.

Answering the questions of foreign press members, Olcay remarked that Amnesty International Turkey's Board Chair Taner Kılıç was detained on the grounds that he downloaded ByLock on his phone, which is an application exclusively developed and used by FETÖ operatives. Olcay said the investigation launched against him is ongoing.

Throughout the meeting, another journalist recalled Turkish President Recep Tayyip Erdoğan's speech to BBC and asked: "So far, a total of 5 billion euro has been paid to Turkey from the pre-candidacy funds. If Turkey thinks that joining the EU is a waste of time, then why would our taxes go to the country?" Upon the question, Olcay said this fund actually needs to be much higher considering the fact that the process has been ongoing since 1954.

Stating that Turkey aided the EU in the context of the migrant crisis and spent $24 billion for refugees, Olcay said Ankara's only objective is to become an equal member of the bloc. In the presence of the persisting migrant crisis, the European Council President Donald Tusk mentioned the possibility of the collapse of the Schengen zone. Also, a study showed that the EU will suffer an economic loss worth 1.4 billion euro in such a case. While Turkey has remitted the EU from such a burden, Brussels' reluctance to cooperate with Turkey is under heavy criticism.

Condemning Belgium for its hospitality for the PKK and FETÖ, President Erdoğan has recently said: "Condoning and providing overt or covert support to the groups you recognize as terrorist organizations… What kind of a friendship or sincerity is that? Belgium currently acts as an important center for both the PKK and FETÖ."