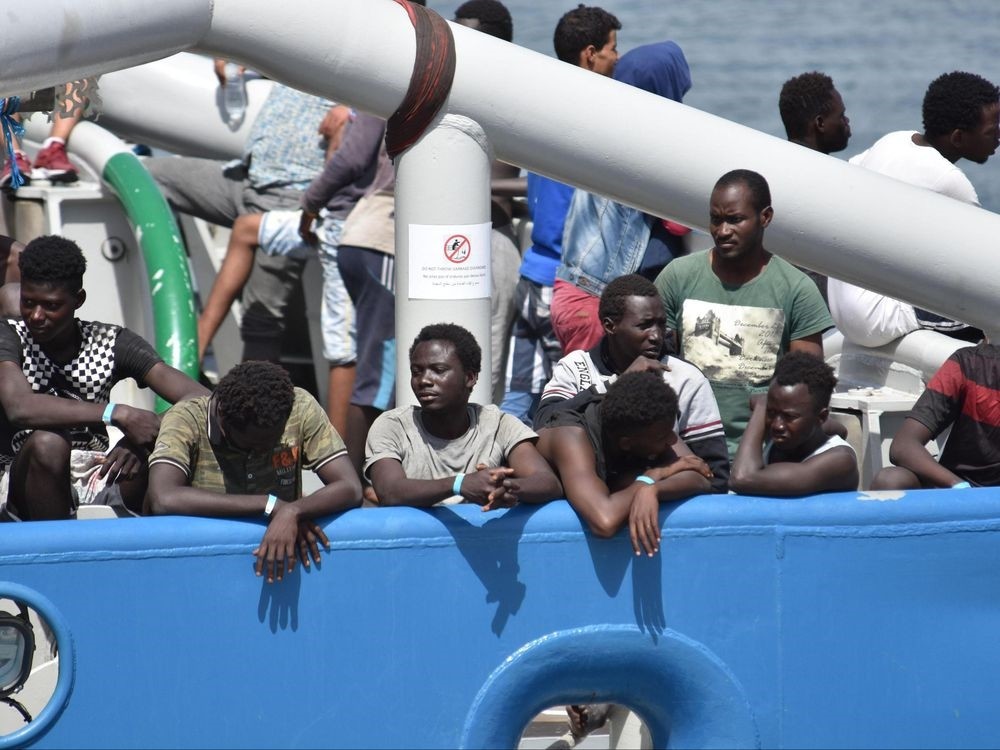 Overwhelmed by immigrants, the Italian government is discussing the possibility of granting some 200,000 migrants with EU Schengen visas, shifting the burden of Europe's grinding migration crisis to other European nations

Deputy Foreign Minister Mario Giro and Senator Luigi Manconi have said that the Italian government is considering plausibility of issuing temporary European Union Schengen Visas to the immigrants who have come and keep coming from North Africa, granting them access to roam about in the 26-country bloc.

Italy and its struggling economy, much like Spain and Greece, cannot sustain hundreds of thousands of people without help, be they illegal immigrants or refugees. In fact, there is no political nor popular will to keep the sub-Saharan Africans in the country, with polls showing that over 60 percent of Italians believing that immigration not only makes their country a worse place to live in, but also more dangerous.

Having this data in mind, it's not hard to see why Deputy Foreign Minister Giro and other members of the ruling Democratic Party in Italy want to use European Council Directive 2001/55, drafted after the Balkan wars of the 1990s in order to give temporary visas to displaced victims of the war, prompting many to go to central-European and Nordic nations.

"Letting migrants travel once they reach Italy would create a real problem for our EU neighbors; but I hope it would force France to confront the migrant problem head on," Giro said. "We'd rather not use unilateral methods though, because the resulting dispute could wreck the Schengen treaty."

EU Directive 2001/55 though requires approval from other EU members in order to come into effect, and as it stands, the Italian threat to invoke it will most definitely face opposition; however the foreign minister said that the government has a Plan B.

In 2011, under then-Prime Minister Silvio Berlusconi, Italy invoked Article 20 of the Bossi-Fini law, allowing it to hand temporary "humanitarian" visas to thousands of Tunisians crossing to Italy at the beginning of the so-called Arab Spring.

In 2015, the starting year of this ongoing wave of immigration prompted by German Chancellor Angela Merkel's decision to proclaim Europe's doors to be open, the European Union pledged to alleviate the burden of entry-countries such as Greece and Italy of the then-some 160,000 African and Middle Eastern immigrants.

As of June 9 of this year, only 6,896 immigrants have been relocated from Italy, while tens of thousands remain "trapped' in a legal limbo in crisis-ridden Greece after the signing of the "EU-Turkey" deal, which however did see the numbers of entries through the Aegean decline significantly.

Given the circumstances, the Italian government is inevitably aligning itself with the Eastern-European states of Poland, Hungary, Slovakia and the Czech Republic, all of which have held a rigid opposition to mass immigration, citing economic, demographic and cultural problems.

Brussels is so insistent that they take immigrants that it's currently fighting a legal battle against the Viségrad nations.

Whilst Greece was the 'star' entry point for 2015 and 2016, Italy now holds that title, with over 100,000 crossing the Mediterranean in the past 7 months, the numbers only exponentially increasing.

Italy have threatened to close its ports to aid groups rescuing migrants off Libya's coast as it struggles to cope with the highest rate of rescues this year. Italy's ambassador to the EU, Maurizio Massari, raised the issue during a meeting with EU migration commissioner Dimitris Avramopoulos, as a half-dozen different ships offloaded some of the more than 10,000 migrants rescued in recent days.

"Italy is right that the situation is untenable along the Central Mediterranean route," Avramopoulos said in a statement, adding that other EU members concurred and that the bloc was ready to increase financial assistance to help Italy manage the flows.