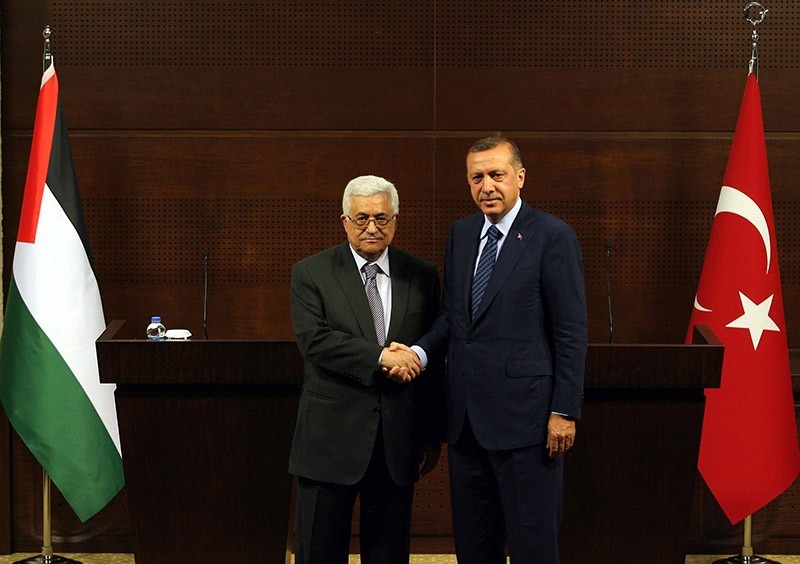 According to presidential sources, Erdoğan emphasized during the morning phone call that increasing infringements, especially in Jerusalem, were worrisome. In the later phone call he held with his Israeli counterpart, Erdoğan also told Rivlin that the lives lost and the restrictions imposed on Al-Aqsa mosque deeply concerned Turkey.

Stating that Israel's actions restricting access to the Al-Aqsa mosque were unacceptable, Erdoğan added that preservation of Islamic character and holiness of Jerusalem and the Haram al-Sharif (Noble Sanctuary) was important for the whole Muslim world.

Underscoring that the measures taken on the the Al-Aqsa Mosque compound "were intended to ensure that such acts of terror could not be repeated," President Rivlin said that Friday's terror attack was 'intolerable, and crossed a red line' which endangered the ability of all communities living together. He also reiterated Israel's commitment to "safeguarding the lives of all the citizens who visited the holy places."

Palestinian President Abbas, in turn, expressed gratitude toward Erdoğan for his sensitivity towards the Palestinian issue.

Israel sealed off the site in the aftermath of the attack, saying the closure was necessary to carry out security checks.

The site reopened Sunday, but with metal detectors at entrances, prompting the Palestinian boycott over alleged Israeli efforts to expand their control over the sensitive site.