Turkey urges int'l community to speak up against Al-Aqsa issue 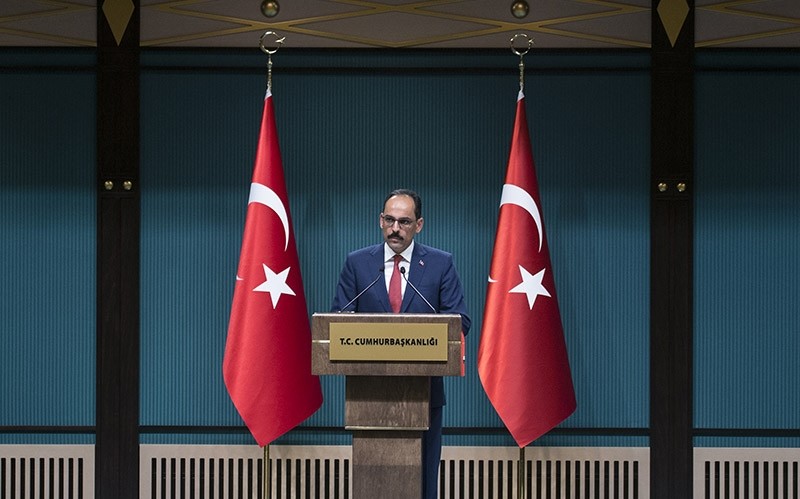 Speaking to reports at a news conference in Ankara, Kalın urged the international community to take steps to de-escalate tensions in the compound.

Al-Aqsa Mosque is the third holiest site in Islam after the holy cities of Mecca and Medina.

Israeli authorities closed the compound on Saturday following a shootout that left five people dead. They also canceled the weekly Friday prayers for the first time in nearly five decades.

Meanwhile, Kalın also touched upon recent developments in the region, as he noted that Turkey is ready to provide assistance to Iraq for the reconstruction of Mosul, which has recently been liberated from Daesh terrorists.

He said that Turkey welcomes the reduction of demands for Qatar from 13 points to six in total.

In response to the controversy surrounding Turkey-Germany relations, Kalın urged Germany to use common sense.

"It is not acceptable for Germany to cast shadow on economic relations with Turkey over small political calculations, approaching elections" Kalın said, criticizing the country for "great political irresponsibility" which resulted in the escalation of a recent row.