Germany increasingly surrendering to populism as federal elections near 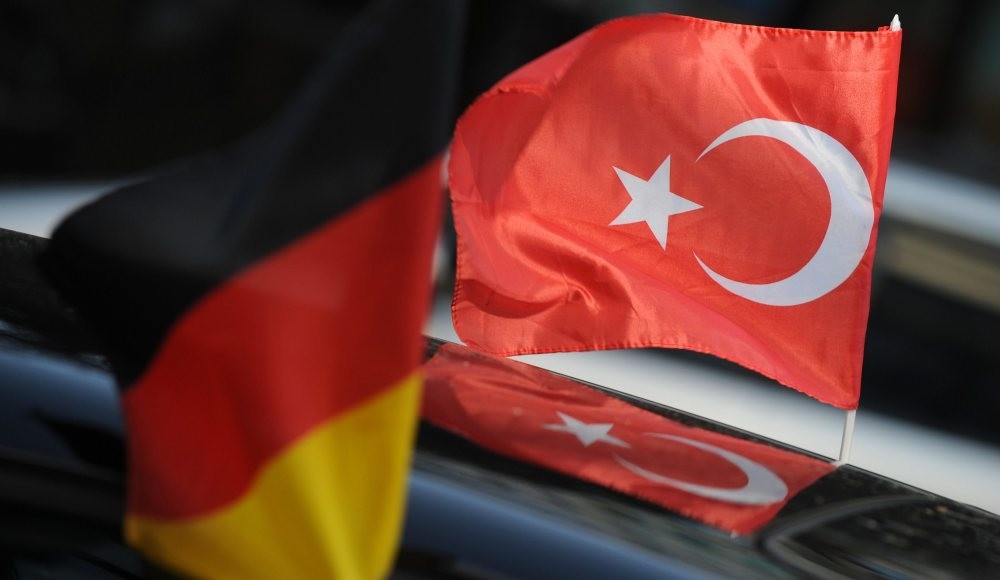 Ankara has criticized the recent threatening remarks by German politicians on Turkey, including a possible change of its policies on supporting Turkey's EU bid, saying that Berlin is sacrificing bilateral ties to populist rhetoric at home

Bilateral relations between Turkey and Germany have hit a new low since Berlin threatened Ankara to alter its economic policies, even implying that it would introduce economic sanctions against its NATO ally. However, experts indicate that the statements coming out of Berlin are closely tied to domestic political interests, especially considering the coming federal elections on Sept. 24. They said that economic sanctions would only have a detrimental effect on commercial ties.

Ties between Ankara and Berlin have been experiencing turbulence, as the former blames the latter for hosting and supporting terrorist organizations such as the PKK terrorist organization, the Revolutionary People's Liberation Party-Front (DHKP-C) and the Gülenist Terror Group (FETÖ) that perpetrated the July 15 coup attempt last year. On the other hand, Germany accuses Turkey of moving away from democratic values after July 15 and arresting German citizens. German Foreign Minister Sigmar Gabriel announced yesterday a range of steps to be taken against Turkey in response to the detention of Peter Steudtner, a German national who faces terrorism charges by Turkish authorities that is being described by the German government as a "human rights' activist."

Stressing that Gabriel is manipulating relations with Turkey as a tool for domestic politics, former member of European Parliament (MEP) Ozan Ceyhun said: "Gabriel is under the pressure of Martin Schulz while the latter is using the former as his puppet. The fact that this person is the foreign minister of Germany raises questions regarding Germany's credibility."

Nine suspects, including a German national, were detained after Turkish police raided a meeting held at a hotel on the island of Büyükada, off the shore of Istanbul, for planning provocative events that would fuel unrest across Turkey similar to the notorious Gezi Park riots of 2013.

"We need our policies toward Turkey to go in a new direction. …We can't continue as we have done," Gabriel told reporters in Berlin.

"We need to be clearer than we have been up to this point, so that those responsible in Ankara understand that such policies are not without consequences," he added.

A total of 10 suspects, including Steudtner, Swedish national Ali Gharavi and Amnesty International Turkey Director İdil Eser, were detained after Turkish police conducted a raid on a meeting being held at a hotel on the island of Büyükada, where attendees were allegedly planning provocative events that would fuel unrest across Turkey, similar to the notorious Gezi Park riots in 2013.

Six suspects were arrested on terrorism charges, while four suspects were released under judicial control. In addition to Germany, the arrests prompted reactions from the U.S. and Sweden.

In response to Gabriel's remarks Presidential spokesman İbrahim Kalın said yesterday that Ankara wants to maintain good relations with Berlin, adding that Foreign Minister Gabriel's harsh statements against Turkey were made with the aim of gaining domestic political interests ahead of the general elections to be held in September.

Speaking at a press conference held at the Presidential Palace in Ankara, Kalın said that Gabriel's "unfortunate" words spell a political campaign for the German general election in two months' time. "We think that these unfortunate statements are an attempt to alter domestic politics ahead of the approaching elections in Germany."

Kalın emphasized that Germany remains a significant trading partner for Turkey. "Has there ever been an incident of unjust treatment toward a German firm? I mean, it is unacceptable to cast a shadow [of doubt] on [our] economic relations due to small political interests," he added.

Underscoring that Ankara has always had good relations with Berlin and that it wants to continue this way, Kalın said that this should be done within the framework of mutual respect and understanding. "No one should attempt to bring Turkey to the line by waving fingers from Europe or anywhere else. This country is also governed by the rule of law. We have our own security concerns and worries," Kalın said.

The presidential spokesman asserted that it would be more accurate and rational for European countries to consider Turkey as conducive with their own security.

Touching on Gabriel's criticism of the recent arrest of some suspects, Kalın said that those who have been arrested have been engaging in illegal activities. "This is political irresponsibility," the spokesperson contended.

Slamming the West for keeping silent over the PKK terrorist organization's activities, Kalın said that the West does not react to PKK attacks: "Unfortunately, the West continues to turn a blind eye to PKK terror. The West, which boasts about democracy, embarrassingly stays silent in the face of PKK terrorism. The Turkish people will not forget this fact; Turkey observes who stands behind the country and who does not," the spokesperson said.

In a statement issued yesterday, the Foreign Ministry said that remarks made by Bundestag spokesperson Steffen Seibert directly interfere with the Turkish judicial process and "crossed the line."

"Our Constitution guarantees that no institution, authority, department or person can give orders or instructions to the judiciary," the Foreign Ministry said.

Foreign Minister Mevlüt Çavuşoğlu, speaking late yesterday in Nicosia, Northern Cyprus, described German stance as hypocritical, noting that while German authorities constantly asked for patience from Turkey when it came to the extradition of fugitive terrorist suspects but expected Turkish judiciary to resolve cases within a day.

He said Germany was one of the countries that knew Turkey the best but added that as the federal elections neared, anti-Turkish rhetoric escalated. "Germany should know well that Turkey and Turks will never cower in the face of threats."

He concluded his special press conference by saying that Germany should not sacrifice its long-term ties to Turkey for short-term political gains.