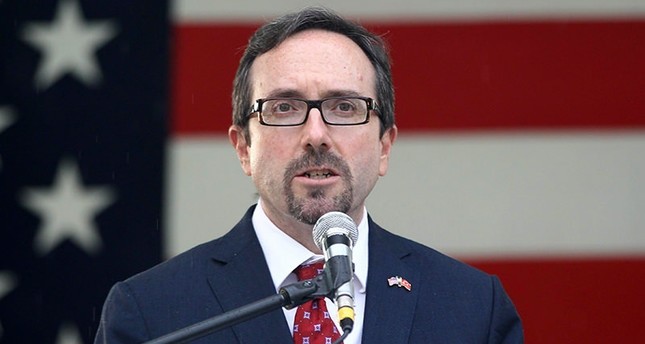 U.S. President Donald Trump announced intent on Friday to nominate Ambassador John Bass to Afghanistan. The diplomat has been serving as the U.S. envoy to Turkey for three years, a period in which the two NATO allies have experienced deteriorating ties over U.S. stance in Turkey's fight against the PKK and Gülenist Terror Group (FETÖ).

"President Donald J. Trump today announced his intent to nominate the following individuals to key positions in his Administration: John R. Bass of New York to be Ambassador Extraordinary and Plenipotentiary of the United States of America to the Islamic Republic of Afghanistan," a statement released by the White House said.

The statement also said that the ambassador is a career member of the Senior Foreign Service, class of Minister-Counselor, and has served as an American diplomat since 1988.

The nomination comes just as Trump's administration prepares to unveil a new strategy for the country where the U.S. has been fighting since 2001. The Pentagon is expected to send close to 4,000 more troops there.

The Afghanistan job may take on even more importance if Secretary of State Rex Tillerson decides to eliminate the special U.S. envoy to Afghanistan and Pakistan, as he has been considering.