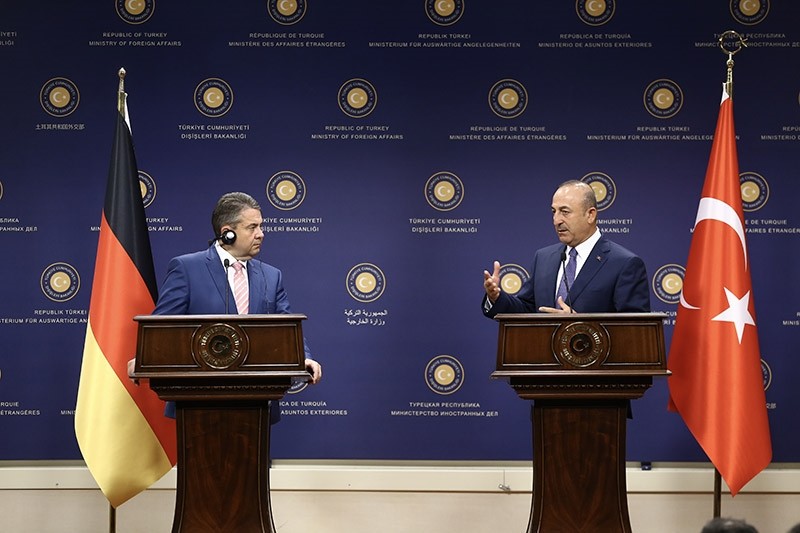 The Turkish and German foreign ministers held a phone call, according to diplomatic sources, who asked not to be named due to restrictions on speaking to the media.

The phone call between Mevlüt Çavuşoğlu and Sigmar Gabriel took place Saturday amid recent tension between Turkey and Germany.

Ties between Ankara and Berlin have been strained in recent months after Turkish leaders repeatedly slammed Germany for turning a blind eye to the activities of outlawed groups and terrorist organizations hostile to Turkey in the country.

The Gülenist Terror Group (FETÖ), which organized the July 15 defeated coup attempt in Turkey last year that killed 250 people, has a large network in Germany, which is also home to more than 3 million Turkish immigrants.

Since the defeated coup attempt, nearly 4,000 FETÖ suspects have fled to Germany from Turkey and other countries, according to local media reports.

Apart from FETÖ, the PKK terrorist organization also has a large network in Germany and carries out significant propaganda, recruitment, and funding activities.

While Turkish leaders have slammed German authorities for not showing solidarity in the fight against terrorism, German politicians have criticized Turkey over human rights and press freedom issues.

Meanwhile, German Foreign Minister Sigmar Gabriel also tried to reach out to the country's Turkish-rooted citizens, saying the crisis between both countries isn't directed against them.

In an open letter published Saturday by Germany's Bild daily, Gabriel said that the government wants to let them know that "the friendship between Germans and Turks is a great treasure."

"However difficult the political relations between Germany and Turkey, one thing is clear: you, people of Turkish roots in Germany, belong here with us, whether you have a German passport or not," Gabriel wrote in his open letter.

"We have always striven for good relations with Turkey, because we know that good relations are important for you (German Turks)," he added.
Last Update: Jul 22, 2017 6:55 pm
RELATED TOPICS