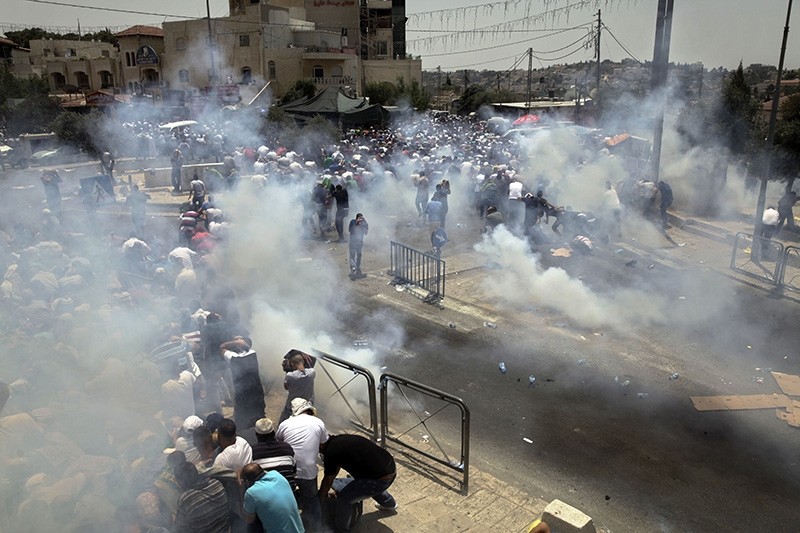 Turkey's foreign minister held a phone conversation on Friday with his Palestinian counterpart about the recent tension after Israeli officials imposed restrictions on Jerusalem's Al-Aqsa compound.

Israel's imposition of metal detectors on the site this week triggered protests that left at least three Palestinians dead and hundreds wounded as clashes between Palestinian youths and Israeli forces broke out in several cities across the West Bank after Friday prayers.