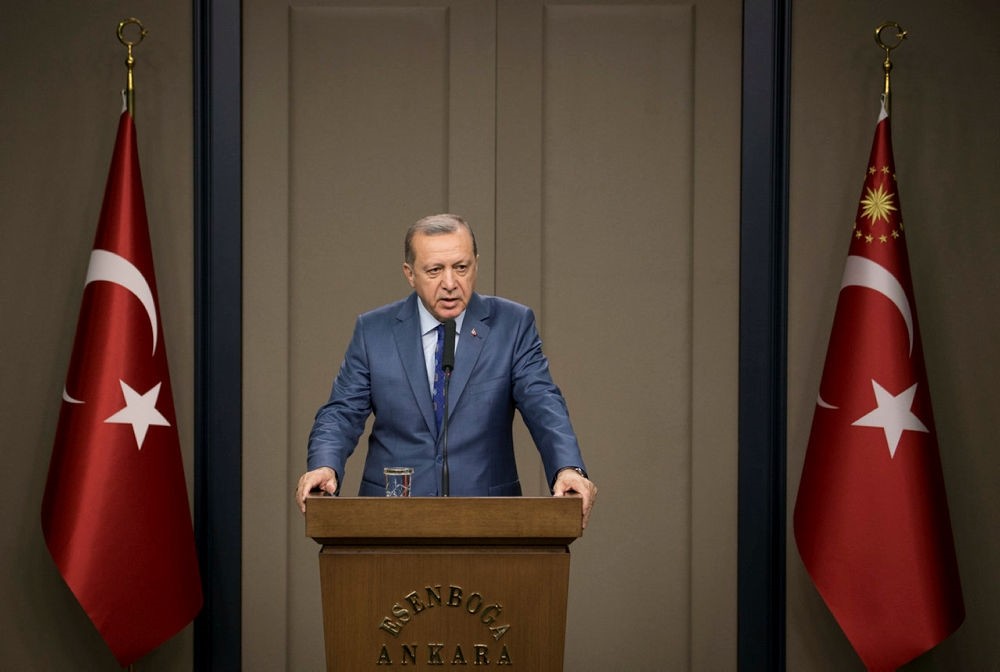 President Recep Tayyip Erdoğan said Monday that Turkey appreciates Qatar's balanced attitude during the Gulf crisis as he wrapped up his two-day regional tour to help defuse the diplomatic crisis.

Speaking at a press conference late Monday in Ankara after returning from Qatar, Erdoğan praised the positive attitude maintained by Qatar during the whole process and said that Turkey expects Saudi Arabia's King Salman to play a key role in resolving the crisis.

He said that the Turkish base located in Qatar was also discussed at the meeting with the Qatari emir.

Erdoğan has urged the Saudi leadership on many occasions to take a constructive role in the crisis and said they should act as the "older brother" in finding a solution.

Throughout the nearly two-month crisis, which began on June 5 when Saudi Arabia, the United Araba Emirates (UAE), Bahrain, Egypt and several other states cut off diplomatic ties with Qatar amid accusations that the Gulf nation funds terrorist groups, Turkey has been calling on the parties to solve the issue through diplomacy and that both the economic and political sanctions would not serve the interests of involved states.

Erdoğan also touched upon Israeli oppression in his speech, once again calling on the country to respect the rule of law and humanitarian values.

"Imposing restrictions on people trying to only worship is an abdication of reason," he said, adding that Israel's decision to restrict worship in Al-Aqsa Mosque was unlawful and hurt the whole region.

"Israel's law-ignoring attitude will yield no results," he said, adding that he hopes a sound mindset will reign in the Jewish state soon.

The President held a phone call with Jordanian King later in the day. In the phone call, both leaders agreed that Israeli restrictions on Al-Aqsa mosque must be lifted, presidential sources said.

Anger has spilled across Palestinian territories ever since Israel shut down the Al-Aqsa Mosque, venerated by Muslims and Jews as the Temple Mount, last week following a deadly shootout. The mosque was reopened after a two-day closure, with Israel installing metal detectors and security cameras at the mosque's gates.

After a reporter's question about U.S. military head Joseph Dunford's statement that the superpower is "concerned" about the Turkish purchase of Russian S-400 missile systems, Erdoğan said the move was not against NATO.

"Why should the U.S. be concerned? We have our right to protect ourselves," he said.