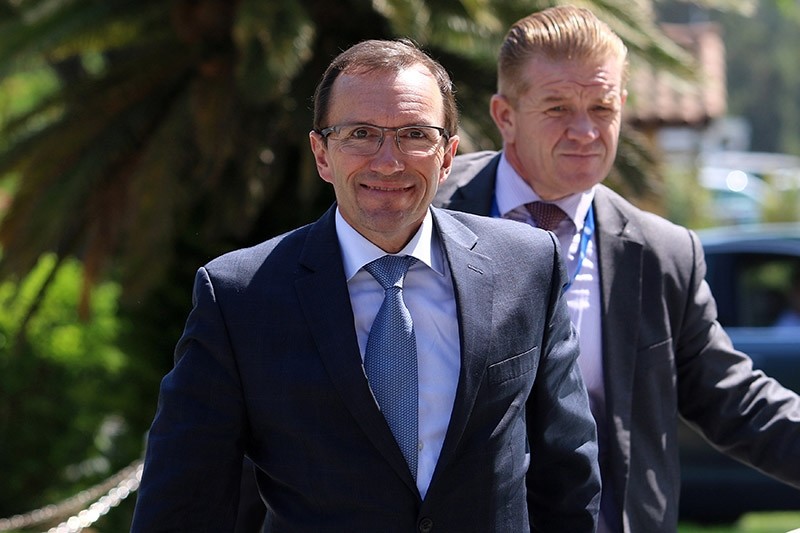 The United Nations is "not giving up" on efforts to seal a Cyprus reunification deal despite the failure of an international summit held in Switzerland earlier this month, U.N. envoy Espen Barth Eide said on Monday.

"We have a complicated situation... We were not able to stitch it together to a final deal. That was a blow I think to everybody involved, and the question is what we can do now," Eide told reporters in Nicosia.

The Norwegian diplomat has returned to the island for his first talks with its rival Greek and Turkish Cypriot leaders of the divided eastern Mediterranean island since U.N.-mediated negotiations collapsed on July 7 in the Swiss resort of Crans-Montana.

"I am here partly to share some of my impressions with the leaders... to hear where they think we stand, where the process is and frankly what they would like us to do," he said after meeting President Nicos Anastasiades, the Greek Cypriot leader.

The Norwegian diplomat said the U.N. has not closed the door on reviving a process than many observers feel has reached a dead end.

"All of us recognise that the situation after Crans-Montana is difficult."

The negotiations between Anastasiades and Akıncı broke down after the United Nations failed to broker a compromise deal on a new security arrangement for a post-solution Cyprus.

Greece wanted to end the right of intervention on Cyprus it holds with Britain and Turkey, while Greek Cypriot leadership was also pushing for a withdrawal of Turkish troops stationed on the Mediterranean island and EU member state.

The talks in Switzerland failed to overcome these obstacles, leaving a U.N.-led push that ran for more than two years, the latest in a long list of aborted bids to find an elusive settlement, in limbo.

"Turkey has been clear all the time that they can not except both zero guarantees and zero troops," said Eide.

He said at Crans-Montana that the U.N. was working towards ending guarantees and intervention rights but some foreign troops would have stayed on the ground.

"Where we were not ready to agree was on the issue of the longevity of those troops," Eide said.

Since the talks collapsed, Greece and Turkey have entered into a war of words over who was to blame.