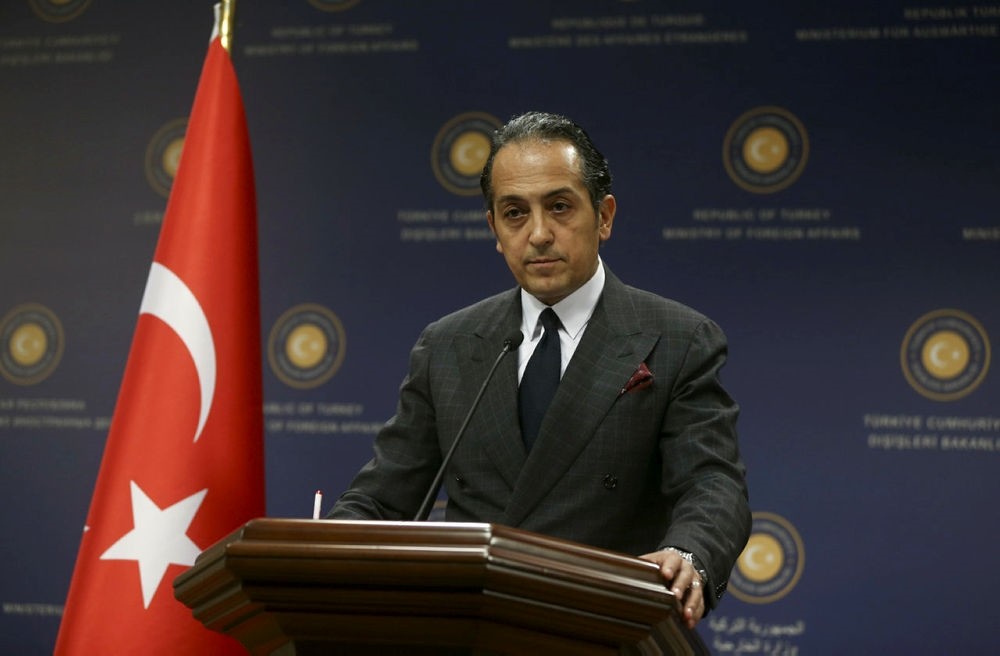 The Turkish foreign ministry said it protested the U.S. special envoy for Global Coalition to counter Daesh, Brett McGurk's recent "provocative" remarks for making a connection between Turkey and the presence of terror groups in Syria's Idlib.

Turkish MFA spokesperson Hüseyin Müftüoğlu said Sunday that Turkey's reactions were directly brought to McGurk's attention at a high-level demarche and that "his statements, which could be characterized as provocative" were protested.

"McGurk was reminded of both the fact that the root causes enabling terrorist organizations to find footholds in Syria and Iraq could only be eradicated if the deeds and actions of all relevant actors do not contradict one another, and our expectation that the Syria-based terrorist organization PYD/YPG is not supported for whatever the reason may be," Müftüoğlu said.

Speaking at a panel on Trump's fight against terrorism in the Middle East Institute in Washington on Friday, McGurk claimed that Idlib has turned into a "safe zone for al-Qaida terrorists on the Turkish border."

He also attributed the al-Qaida-lined terror group's power to obtaining weapons and foreign fighter flow, also mentioning that the U.S. intended to work with Turkey to close down the northeastern border to recruited militants.

Turkey, Iran and Russia previously agreed to establish de-escalation zones in Idlib, parts of Aleppo, Latakia and Homs, Damascus/Eastern Ghouta and parts of Daraa and Quneitra.

Presidential spokesman İbrahim Kalın said last month that the Turkish and Russian military could jointly deploy troops in Idlib to ensure security and order in the area.