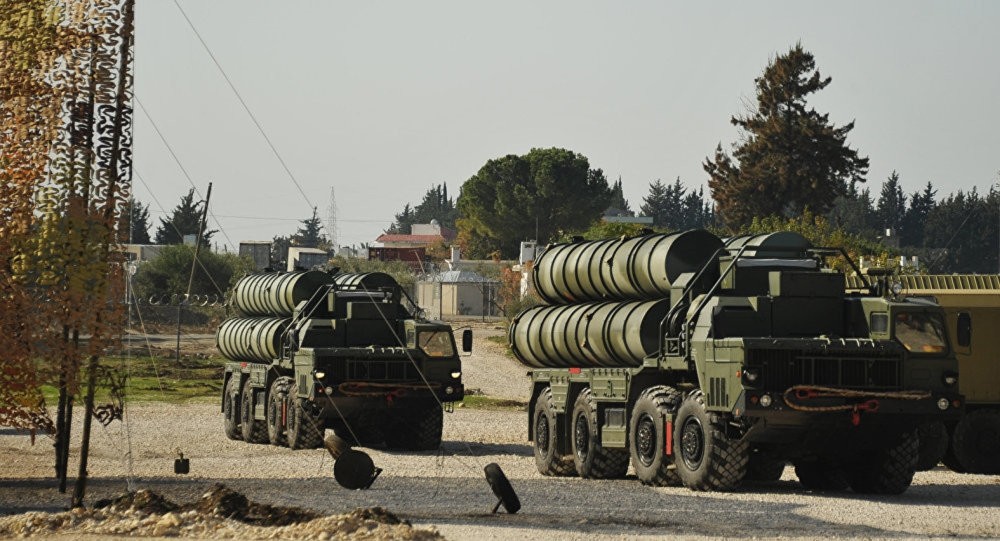 Pentagon spokesman Jeff Davis said that the S-400 defense system may have inconsistencies with other NATO equipment.
by Daily Sabah Aug 02, 2017 12:00 am

Pentagon spokesman Jeff Davis said on Monday that they are concerned over the mismatch between NATO air defense systems and the Russian S-400 missile systems that Ankara plans to buy from Russia.

Speaking at a daily press meeting in Washington, Davis said that the S-400 missile defense system may have inconsistencies with other equipment used by NATO.

President Recep Tayyip Erdoğan broke the news last week regarding the purchase of the S-400 missile defense system, saying: "Talks [with Russia] have pretty much ended," though most of the details of the agreement still remain unknown.

This is not the first time U.S. authorities have voiced concern over NATO ally Ankara's purchase of the Russian S-400 missile system. Chairman of the U.S. Joint Chiefs of Staff Gen. Joseph Dunford said at the annual Aspen Security Forum in Colorado last week that Turkey's possible purchase of Russia's S-400 missile defense system is "concerning." "Turkey has not completed a deal with Russia yet. If they would, it would be concerning," Dunford said in an interview with the NBC television station at the forum.

Criticizing Dunford's comments during the ruling Justice and Development Party (AK Party) parliamentary group meeting last week, Erdoğan said that Greece has been using Russian S-300 missiles for years and asked why it would cause concerns if Turkey acquired the S-400 missile system.

Similar to Dunford, Pentagon spokesman Johnny Michael also told Daily Sabah that they have concerns over Ankara purchasing the S-400 system which they have relayed to the Turkish government. "We emphasize the importance of maintaining inter-operability with the NATO system on any major defense systems procurement," Michael said.

If an agreement is finalized with Russia, Turkey will be the first NATO member country to purchase the S-400 defense system, which was introduced in 2007 and previously sold to China and India. Ankara's aim is to build Turkey's first long-range air and anti-missile defense system to guard against threats in the region with the purchase of this new generation of Russian missiles. The defense system is able to carry missiles capable of hitting ground and air targets, including ballistic and cruise missiles.